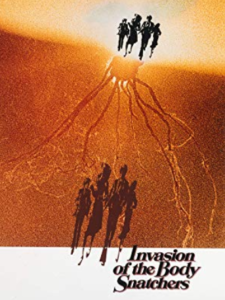 Invasion of the Body Snatchers (1978) Cast and Director

Sutherland was actually something of an established actor prior to taking on the role of Matthew while previously appearing in M*A*S*H, The Dirty Dozen, Kelly’s Heroes and Animal House which also came out in 1978. Obviously Sutherland would go on to have further success and continues to star in films to this day and this film is definitely a notch in his resume. (We also just covered Ad Astra which also stars Donald Sutherland, check it out!)

Another actor who would go on to have mega success in their career, Goldblum stars in this film as one of his early entries into Hollywood. We agreed that it was nice to see Goldblum simply act and not add any sort of pause or inflection as he tends to do nowadays. His character of Jack deals with quite a bit during this film as he constantly feels like he’s in competition with a colleague and discovers one of the “pod” extraterrestrials in his family business.

Nimoy’s casting was intentional on the part of Kaufman as the producers were hoping to break the typecasting Nimoy was dealing with following the conclusion of the Star Trek series. His character walks the line of being a hero and a villain as we don’t find out until later in the film that he’s in command of several of the “pod” aliens and is attempting to convert Matthew and Jack into the “pod” clone collective.

We aren’t sure how Cartwright can pull off looking scared all the time, but she does it well. She also played Lambert in 1979’s Alien and she was just terrified the entire time. It’s not a critique of her acting style, but adding her to play the part of a terrified woman was a great choice for the film. She seemed to be the last human alive in San Francisco at the end. Did she survive her being discovered at the end? Probably not, but more on that later.

While Adams has limited credits to her name, we feel like she did a great job in her performance of Elizabeth. It seems like she is the target of the “pods” as it’s not until the third time that she’s converted into one herself. Throughout the film she joins and stays with Matthew and his friends to figure out a way to battle the invasion, but it seems like an impossible task that’s laid out before them.

We were surprised to learn that Philip Kaufman is something of a legend in Hollywood. While some of his bigger credits come from The Outlaw Josey Wales and Raiders of the Lost Ark as a screenwriter, he also directed The Right Stuff, a look at the early days of the NASA space program. He brought many of his personal influences to Invasion of the Body Snatchers as San Francisco is his hometown and wanted to showcase the city.

Released at an Interesting Time in America’s History

As we analyzed during the podcast episode, Invasion of the Body Snatchers came out at an interesting time in American history back in 1978. The country wasn’t that far removed from the end of the Vietnam War, the Watergate scandal was still fresh in the minds of citizens, crime was at an all-time high and gas prices were on the rise (ok, not as close to what they are today, but still). Distrust in societal systems and violence were on the rise and people simply didn’t know how to deal with it and the alien “pods” were a perfect allegory for the time.  In addition, it’s interesting to think about the original 1958 version being viewed as a critique of Communism and a metaphor for the Red Scare that permeated the country during the late 50’s and early 60’s. 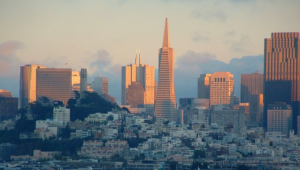 Invasion of the Body Snatchers (1978) Ending and Iconic Scream/Shriek 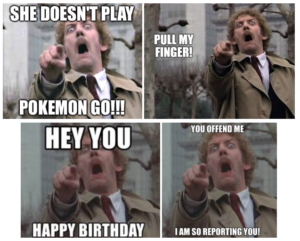 One of the film’s crew members that has been a previous subject on Force Fed Sci-Fi was special effects legend Ben Burrt, who designed the now iconic scream the “pods” unleash as a warning when they find a human who hasn’t been cloned and taken over as a pod themselves, but his work goes beyond the scream. At the beginning of the film, we hear many sounds of nature including birds and insects, but as the film progresses, those sounds are replaced by industrial sounds like car horns and dock noises, from calm to chaos essentially.

The scream was created by combining pig screams (no, not ‘oink’) along with other various animal noises, but the image of Donald Sutherland pointing and screaming has now become synonymous with Internet culture as it has become multiple memes.

The film ends with Sutherland’s point and scream/shriek. Leading into the final scene though, the audience doesn’t know Sutherland’s character is now one of the alien “pods” since we did not witness it happen. If you had not seen the movie prior, it’s a bit of a shock as we are mostly used to at least somewhat of a resolved ending. Unfortunately, in the end, he points at Veronica Cartwright’s character, assumingly the last human in the city. The shot cuts out though, so there’s a chance she ran away (after her own horrified scream), but let’s face it, probably not.

A Variety of Motifs and Genres

While the film does fit within the sci-fi genre, many elements were brought in from other genres to help craft the experience. The lighting and odd angles of how certain characters are framed lend itself to the film noir genre and the idea of an object from another world taking over your body during your most vulnerable state is obviously a horror motif. As a member of the audience, you may be somewhat fascinated at how these aliens are able to clone themselves to look human, but at the same time the way the are created with great practical effects along with the their flat-affect portrayal gave us frightful goosebumps … one of the best sci-fi horror films in cinema still.

We were almost in agreement on Invasion of the Body Snatchers as Sean would go full out and “Would Host a Viewing Party” on our rating scale citing the look and feel of the 70’s and the horror elements. However, Chris straddled the line between “Would Own” and “Would Host a Viewing Party” saying this would be perfect for either solo watching or turning the film on during a Halloween party. Sean and Chris think this was a well-crafted, slow burn of a film and definitely worth viewing, even if it does give you a creepy feeling.

What did you think of Invasion of the Body Snatchers? Do you think the time is right for a remake? Were you terrified watching this film? Would you own after watching it or do you own it now? Listen to the episode to find out who our Red Shirts are and our opinion on the amount of times this film has been re-made! Don’t forget to please subscribe to the podcast when you have a moment and while you’re at it, please leave us a review on your favorite podcast app / distributor and let us know how you’re enjoying the show and our discussions!