I grew up in the Chicago suburbs and developed a love for science fiction from marathons of The Twilight Zone with my dad and numerous viewings of Predator with his friends. I think sci-fi allows us to tell relevant and entertaining stories that are appreciated by everyone. Some of my current favorites include Black Mirror, Stranger Things and Blade Runner 2049. I’m also a fan of craft beer, Chicago sports, especially the Cubs, and all things that appeal to nerdy sensibilities.

In 1997 my parents bought us the Star Wars VHS trilogy set and instantly I became hooked on sci-fi adventure movies. That love for sci-fi transitioned into watching Star Trek Voyager, Independence Day, The Fifth Element and so much more. Sci-fi allows our dreams to become a reality. From films like Back to the Future 2 to Brazil, sci-fi is a genre that makes me feel like a kid again.

My passion for science fiction films and television was inevitable. My father was and still is a fan of many sci-fi franchises like Star Trek and Stargate. Naturally, I became a sci-fi fanatic as well since I was exposed to it growing up. Fast forward to today, and I can’t wait for the next big science fiction film to hit theaters when I see the trailer. It’s fun to immerse myself into a futuristic story that one day may be reality!

Our Mission and Purpose…

Our love for sci-fi is evident if you read our quick bios above. Our conversations about sci-fi films have always been fun and memorable. Then we decided we’d bring those conversations to you via the Force Fed Sci-Fi (Movie) Podcast as well as ForceFedSciFi.com!

We uncover events leading up to these sci-fi films being released, hidden meanings and themes that might be lurking, our favorite and not-so-favorite parts of these films, nominations and legacies, and a few of our own quirky and unique picks from each film.

The Red Shirt of the Week… 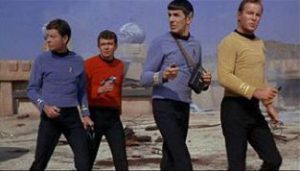 If you are a supreme sci-fi fan, you may know what a “red shirt character” from Star Trek The Original Series is. If not, it’s simple. On quite a few episodes, if a landing party went down to a new planet, the team would consist of a few main characters, but also include a no-name character that wore a red shirt. If you haven’t put the clues together by now, that no-name character often was the one to die in that episode.

We try to pick out a no-name character with every sci-fi film we cover who dies. Sometimes there isn’t anyone that dies, so in its place we may pick an animal that’s killed or an object destroyed, and in rare instances, we may not have one at all. However, it is a fun element to include while we watch these films and to share those picks that we make with you and our audience!

The Lens Flare of the Week…

While many have been impressed with J.J. Abrams’ versions of Star Trek and Star Wars, there was something noticed in these films that was included a bit much, especially in his Star Trek films. If you don’t know what a lens flare is, it is when light enters the lens of the camera which is typically bright (sometimes blindingly bright) and in addition, the object producing light in the image or film is often blurry.

While J.J. Abrams even recognized himself he included too many lens flares at times, we thought it might be fun to point out something in each sci-film that A) was included throughout the film too often, or B) did not really need to be in the film as it didn’t add to the story. 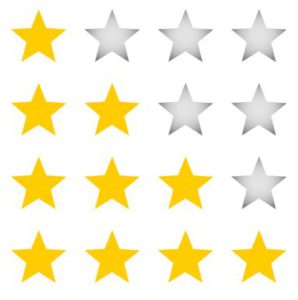 We have four categories a film can be labeled as:

Join us each week as we pick a film to watch, study it, and critique it both on ForceFedSciFi.com and on the Force Fed Sci-Fi Movie Podcast! Make sure to subscribe to our podcast as well if you enjoy our episodes! Also, rate us on the platform you listen to the podcast on as it will help drive us up the charts and help others like you find our show and website!

Finally, if you ever have any questions or concerns, email us at support@ForceFedSciFi.com and we will be more than willing and happy to help you out!

All the best and may the force be with you Sci-Fi fans!