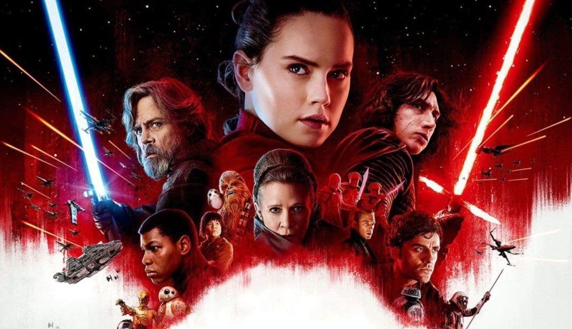 This time, we’re continuing our look into a galaxy far, far away with Star Wars: The Last Jedi and along the way we ask, why does Sean hate this film so much, just how toxic are Star Wars fans, and what exactly is the theme that Rian Johnson is going for? Let’s explore this far away galaxy…

Written and directed by Rian Johnson: Johnson has been the subject of a previous episode on the show (please check out Looper), but we feel like he kind of dropped the ball this time around given his convoluted mix of themes, plot lines that remain unexplored, and a disregard for the narrative set forth by The Force Awakens.

Several new characters were cast in the film including:

Finally, as with the previous seven films in the series, John Williams returned to compose the soundtrack for the film with adding another amazing addition to his Star Wars score repertoire.

What Went Wrong: Was The Last Jedi Terrible as So Many Believe?

There’s a lot to unpack with that sentence. For starters, we want to point out that setting this film as a direct sequel to The Force Awakens probably did not help the story (where as we kind of think The Force Awakens jumped too far). What aided the classic trilogy as well as the prequel trilogy was there was maybe a few years passed between all of the films. This allowed for the characters to develop independent of what was shown on screen as well as for events to unfold that the audience did not require a full explanation to understand.

This can be summed up best in the opening of the film when the Resistance has to flee their base despite having delivered a significant blow to the First Order by destroying Starkiller Base (how did the First Order reorganize so quickly!). This is then followed up with Poe dropping a Mom joke on General Hux. If you’re scratching your head after reading that, you are not alone (although our producer Jeremy enjoyed Poe’s jokes up until the ‘mom’ part … “Hi I’m holding for General ‘Hugs’ … Ok I’ll hold”).

The whole tone of the film feels off compared to what we just saw in The Force Awakens, especially since this is supposed to take place immediately after that film. Luke Skywalker is resistant to training Rey in the ways of the Force and has become nothing short of a curmudgeon while Kylo Ren is doing everything he can to convince Supreme Leader Snoke that he is committed to the Dark Side. Speaking of Snoke, WTF? We’re introduced to him as a mysterious hologram in the previous film, then introduced to him in-person in this film, but … surprise! … he’s dead now! Great story on Snoke Rian Johnson! NOT!

Contributing to the confusion of the film, Finn and Rose must embark on a mission to save the Resistance by recruiting a thief to crack some First Order code that will allow their fleet to escape undetected. Again, it gets confusing.

On top of all this, there is no clear overall theme to the film. A solid argument can be made for any number of themes including female empowerment, regret, balance and leadership. Most noticeably is during Finn and Rose’s mission is when they witness the inhabitants of the planet living opulently and abusing animals thereby exposing the ugliness underneath all that is beautiful.

This disdain for wealth and opulence is a theme that Johnson has touched on in his previous films so at this point, we can understand his thoughts on those ideas. Sean and Chris agreed that Johnson should’ve leaned into the theme of regret much more than he did.

Regret is an emotion that permeates the film with Luke’s feelings of how he treated Ben Solo during his training, Poe Dameron for sacrificing the Resistance bombers just to destroy one ship, Finn for having no choice, but to abandon Rey while she’s on her mission and Kylo Ren’s regret for killing his father and beginning to waffle towards the Light. It’s certainly an unexplored concept that could’ve improved the film had Johnson not been painting with such a broad a brush.

Just like with The Force Awakens, The Last Jedi was on the receiving end from fan backlash and they were not as kind as they were with the former. While critics glowed about the film, fans took every opportunity to decry The Last Jedi as “not a real Star Wars film.”

We’re sure you may remember the Internet petition that was circulating for LucasFilm to release an “Abrams Cut” since they felt JJ Abrams returned the franchise to glory following the mixed reception to the prequel films. Fans also cited the humor in the film to be excessive. It’s nearly impossible to determine the precise cause of the fan hate towards The Last Jedi, but for more context, Chris cited this article from Vox.com as a helpful source to understanding why.

However, as mentioned earlier, most of the hate was directed towards actor Kelly Marie
Tran who portrayed Rose. Tran would wind up receiving so much backlash. She would later publish an op ed in the New York Times describing the messages she received and the damage it did to her mental health.
If Star Wars fans are looking to repair their reputation as a non-toxic fan base, they didn’t exactly do anything to accomplish that following this film.

For the most part, The Force Awakens was well received by fans mostly in part to the nostalgia while The Last Jedi received the backlash that it did for attempting to do something new with the series. As Chris pointed out on the podcast episode, “fans can’t have it both ways” – to put on a conspiracy hat, the
divide was so deep over The Last Jedi that even Russian hackers were sowing the seeds of discontent on the Internet.

As you’re probably able to infer from the above, we did not rate The Last Jedi as well as The Force Awakens. Sean gave the film a rare rating of WOULD DESTROY citing a lack of clear direction in the franchise and several more than questionable filmmaking choices on the part of the producers and Rian Johnson. Chris gave the film a slightly better rating with a WOULD WATCH citing that with the exception of several large portions of the film, it is an acceptable Star Wars film and maybe could have been better if the film was set several years after The Force Awakens, but he did enjoy the final battle on Crait and the visuals the red salt produced on film.

What are your thoughts on The Last Jedi? Did the humor bother you? How would you
improve the story? What did you think of Snoke being killed off? Join us next time as we conclude our look (for now) into a galaxy far, far away as we review Star Wars: The Rise of Skywalker! Please listen, rate, subscribe and enjoy!