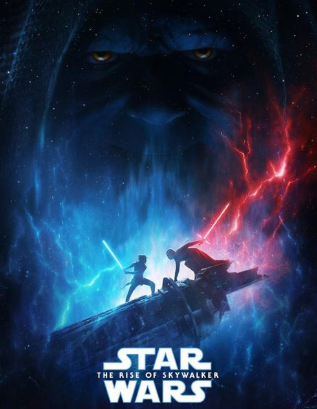 This time, Force Fed Sci-Fi is concluding its look into a galaxy far, far away after reviewing Star Wars: The Rise of Skywalker and along the way we asked, how much fan service is too much, are there any enjoyable moments in the final chapter of the Skywalker saga and what lies ahead for the future of the Star Wars franchise. Let’s dig in…

The Rise of Skywalker Explained: So, What Happened?

Let’s dive into explaining The Rise of Skywalker a bit, and for that we need to rewind back to the previous film.

Following the backlash with The Last Jedi, it seems the filmmakers went out of their way to simply “play it safe” and wrap up the Skywalker saga in a pretty little bow. Problem is, JJ Abrams and screenwriter Chris Terrio interpreted this as retconning the events of The Last Jedi. By reintroducing Palpatine as the evil behind everything and implying that Snoke was created by him (semi-clone?) implies that Snoke really didn’t matter in terms of the overall story.

In addition, characters who were introduced in The Last Jedi, like Rose Tico, were relegated to “desk duty” for the film and had either little to no lines or simply did not factor into the action shown on screen.

Luke Skywalker’s characterization was also massively retconned. Following a battle where Rey nearly kills Kylo Ren, she attempts to exile herself on Ahch-To, the planet Luke chose for his exile, until Luke arrives via Force ghost to inform Rey she needs to confront her fear and fulfill her destiny as a Jedi.

The scene includes bits of dialogue where Luke admits he was wrong in choosing exile instead of owning up to his failure as a Jedi instructor. Chris and Sean believe this negates any potential emotional resonance the film could have had with The Last Jedi. However, producer Jeremy disagrees with this slightly as he did appreciate this scene between Rey and Luke and did feel there was at least a bit of emotion behind their conversation.

In addition to the forced retconning, most of the film simply feels like a rehashing of Return of the Jedi. From turning Ben Solo from the Dark Side to the massive final battle with hundreds of ships, the film lacks any originality. Following The Force Awakens and its rehashing of A New Hope, the jig is up for LucasFilm  and people have caught on to their game.

Fan service is nice at first but eventually, there is a tipping point and unfortunately, that point has arrived in the form of a Star Wars film. There are also many points in the film where Abrams and Terrio could have gone a different direction with the story and just played it safe, leaving the audience feeling like there was no real danger for our characters.

Instances such as not killing Chewie (granted, we are glad this did not happen, but it could’ve been very compelling for the characters to cope with his loss), having Poe remain the same person he was after learning some humility in The Last Jedi, having Finn declare his love for Rey instead of just making him “Force sensitive.” These choices are pandering and borderline insulting considering that The Last Jedi was brave enough to make these film choices.

Don’t Worry, It’s Not All Bad

Being that The Rise of Skywalker is a Star Wars film, it is not without its exciting moments. The special effects are incredible and offers some memorable visuals in the final battle as many ships emerge from hyperspace to aid the Rebellion in defeating the First Order.

The new characters are great and feel like perfect additions to the film; although, Chris and Sean wish they would have seen more of General Pryde. He dispatches quickly with General Hux after it’s revealed that Hux is actually a mole for the Rebellion and definitely plays the part of villain following the void left by Kylo Ren’s returning to the Light.

With having Palpatine return his scenes are shot with multiple flashing lights from different angles consistently. This obscures our view of him almost in the way a horror movie would be shot on screen. He doesn’t enter full light until he’s arrived back at full form following his attempt to drain the Force energy from Rey and Kylo.

As with the previous two Star Wars films, the film is ripe with cameos. Actors such as Lin-Manuel Miranda, Kevin Smith, Ed Sheeran and Jeff Garlin all appeared in the film in some way as well as actors from the Classic Trilogy like Warwick Davis (the Ewok Wickett from Return of the Jedi) and Denis Lawson (pilot Wedge Antilles from all films in the Classic Trilogy).

You may be surprised to learn that legendary film composer John Williams finally made an on-screen Star Wars appearance as a bartender where our heroes are attempting to recover information / a memory from 3PO. It’s about time since he’s done the music for the whole Skywalker saga.

In one of the better scenes in the climax, Rey is attempting to summon the strength to defeat Palpatine and is hoping to call on Jedi from the past to help her and is joined by a chorus of Jedi voices that include Hayden Christensen as Anakin Skywalker, Ewan McGregor as Obi-Wan Kenobi, Samuel L. Jackson as Mace Windu, Frank Oz as Yoda, Freddie Prinze, Jr. as Kanan Jarrus, Liam Neeson as Qui-Gon Jinn and Ashley Eckstein as Ahsoka Tano. It’s a cacophony of sound and it is hard to really determine who is actually speaking during this scene but nonetheless, it is another connecting thread to the overall timeline of the Skywalker saga.

The Future of Star Wars: What Lies Ahead?

With the recent announcement that LucasFilm is abandoning the trilogy format of films, this may sound like the end of the series, but think again.

While the trilogy format is being abandoned, the characters will not be so we could see standalone films for Rey, Finn and Poe. There is also hope for additional standalone “A Star Wars Story” films like Solo and Rogue One. There was a planned Boba Fett film, but the financial disappointment of Solo derailed those plans for now.

The recent launch of Disney+ has also given new hope to Star Wars fans with The Mandalorian offering a fresh take on a Star Wars story by offering new characters and an engaging story. This is not the only show we can expect to enjoy. Ewan McGregor has been cast to star in a series following Obi-Wan during his exile on Tattooine. While it’s a bit disappointing that he won’t be receiving his own film, it is nice to see that one of the best parts of the prequels will be celebrated and embraced.

There is also a series rumored to be in development centered around Rogue One character, Cassian Andor. It has been announced by LucasFilm, but no concrete casting or crew announcements have been made. The bottom line is that Star Wars will continue to draw a crowd and the story does not die with the Skywalkers.

Possible Future Storylines Introduced in The Rise of Skywalker?

The Rise of Skywalker points to several storylines that may be revisited within a film or Disney+ series in the future.

For example, Zorii Bliss seems to intertwine with Poe and his past and is a likely candidate to return. In addition, Jannah with her past as a stormtrooper and forming a bond Finn is also likely. There’s a quick moment at the end where she sits with Lando where they talk about finding out who Jannah’s father is.

One criticism producer Jeremy has about this movie was that it was jam-packed with a bunch of really fast and quick side stories. There’s a lot to take in with little time to process what just happened. This takes away from experiencing the emotions our characters may be experiencing, something that Jeremy thinks Star Wars films do a decent job.

Normally, we utilize our unique rating scale, but with a film that’s currently in theaters, we slightly amend our last rating of WOULD HOST A VIEWING PARTY to be WOULD SEE AGAIN (In Theaters) and our hosts Chris and Sean were in agreement on Star Wars: The Rise of Skywalker and rated the film as a WOULD NOT WATCH.

For Sean, he cited that watching this film made him want to watch The Last Jedi, which if you listened to that episode, that’s really saying something.

For Chris, he cited the forced retconning and cloying attempt by the filmmakers to unnecessarily apologize for The Last Jedi was not needed. Maybe Colin Trevorrow shouldn’t have left the project, but maybe we’ll get another great entry into the Jurassic World series?

Producer Jeremy had a slightly better rating for this film and would rate this as WOULD WATCH. While he thinks the film has too much going on, the second half of the film does slow down a bit and we are able to feel the internal struggles of Rey and Kylo.

What were your thoughts on The Rise of Skywalker? Could the film have benefitted from taking risks with the story (not pleasing the fans)? Do you feel the Skywalker saga is sufficiently wrapped up? Listen to the episode to hear our Red Shirts and Lens Flares and please listen, rate, subscribe and enjoy!

Join us next time as we have special guest, Brian McLeod, on the show to discuss RoboCop!