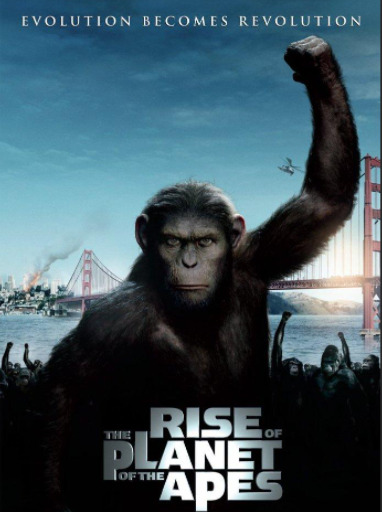 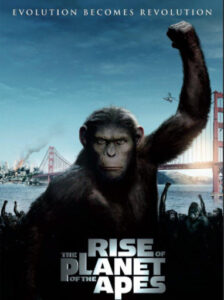 This time, we’re taking a look at the classic reboot Rise of the Planet of the Apes and along the way we ask, how has Andy Serkis never won an Oscar, is this movie a really long vacation ad for California and just how plausible is a cure of Alzheimer’s? Let’s dive in…

From Tim Burton to Rupert Wyatt 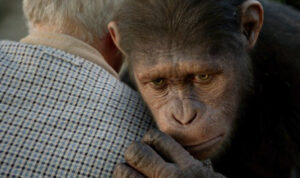 Believe it or not, this was not the first time 20th Century Fox attempted to reboot the Planet of the Apes franchise. Tim Burton had directed a remake of the original 1968 film that was released in 2001 and had starred Mark Wahlberg, Tim Roth, Helena Bonham Carter with Charlton Heston making a surprise cameo. The film was a critical disappointment as it currently holds a 44% on Rotten Tomatoes but managed to gross over $350 million.

The journey to get the remake off the ground had taken close to 20 years and following the financial success of the remake, plans for a sequel were drawn but were cancelled with Tim Burton even going so far as to stating he’d “rather jump out a window” than return to direct a follow up.

Fast forward to 2006 when screenwriting team Rick Jaffa and Amanda Silver began developing a script involving chimpanzees and genetic testing. That script would eventually become Rise of the Planet of the Apes and kick off a reboot franchise as they were quickly becoming a trend in Hollywood starting with films like Batman Begins and Casino Royale.

Jaffa and Silver had the daunting task of rebooting an iconic franchise but decided to go back further and explore the genesis of a world dominated by intelligent apes. They worked backwards from the mythology mentioned in the film including the first ape named Caesar and that the first uttered was “no”.

Andy Serkis and the Art of Performance Capture 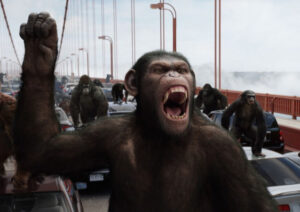 Andy Serkis has widely been recognized as a pioneer of performance capture following his performance as Gollum in the Lord of the Rings film series and as Kong in Peter Jackson’s King Kong.

While this recognition hasn’t translated to awards as the Academy doesn’t recognize performances like those, he has been cited for not only his performances but also his contributions to the technology required of performance capture and his work as he coached his fellow performers in his films.

While performance capture is used sporadically in Hollywood, it has become the norm for actors in video games with games like The Last of Us, Red Dead Redemption II, L.A. Noire, God of War (2018) and Hellblade: Senua’s Sacrifice being recognized as prime examples of utilizing performance capture for maximum effect.

Hopefully one day, the Academy or other major awards will begin to recognize the power and work that can come from these type of performances.

As Sean and Chris debated during the episode, it’s unclear as to who is the bigger villain; Dodge or Jacobs? Dodge is the easy choice as he’s clearly working out some sort of inferiority complex on the poor apes that are in his care at the sanctuary and seems to enjoy his torture of Caesar.

Jacobs on the other hand, refuses to see the apes as animals and views simply as assets that can be destroyed at his pleasure. All he sees is the profit potential from the experimental Alzheimer’s cure and is unable to see the complications and issues that a cure like this would create.

Both villains get their comeuppance in satisfying ways with Dodge’s death coming at the hands of Caesar and Jacob’s being dropped off the Golden Gate Bridge by Koba but Jacobs represents a larger villain that has come into play during the 2010’s, that of the pharmaceutical company executive.

Individuals like the Sackler family and Martin Shrekli have not ingratiated themselves by basically creating the opioid crisis and dramatically increasing the price of their medicine to enrich themselves but Jacobs represents the dangers of how greed can trump public health concerns.

Using our unique scale for the podcast, both Sean and Chris were in agreement with their rating of WOULD HOST A VIEWING PARTY. Both cited the film’s terrific special effects, compelling performances of Andy Serkis and James Franco and film’s themes of family, love and freedom that resonate deep with its viewers.

What did you think of Rise of the Planet of the Apes? How hard did you feel for John Lithgow? Who did you think was the true villain? Listen to our full episode for our thoughts on those questions as well as our choices for Red Shirts, Lens Flares and the latest entry of This Week in Toxic Fandom and tune in next time as we are kicking off a new suite of episodes as we’ll be reviewing Dawn of the Planet of the Apes directed by Matt Reeves and starring Jason Clare, Andy Serkis and Gary Oldman!