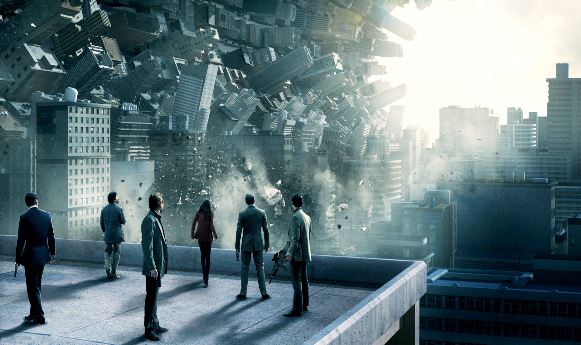 Back in 2010, the film Inception was released and became a Christopher Nolan classic! However, it forced audiences to really have to think about the movie; contemplating the importance of the Inception totem, coming up with an Inception ending explanation for themselves, how the heck did they film that hallway seen, and much more to consider. Listen to this episode of Force Fed Sci-Fi as Chris and Sean discuss these Inception topics and more (or read our show notes)!

How long did it take Christopher Nolan to make Inception? 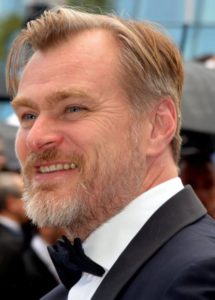 Nolan actually came up with the idea of Inception and pitched it back in 2002. But wait, didn’t it come out in 2010? Why did it take so long for Nolan to finish this film? Let’s explore Nolan’s timeline a bit…

So, the original idea that was pitched and Nolan worked on was a horror film about “dream stealers.” Not sure what that movie was going to be all about. However, after pitching the film in 2002 and starting to work on it, Nolan himself actually put a stop and hold on it! He wanted more experience in the filmmaking process and directing.

Nolan went on to make The Prestige and Batman Begins. These were actually relatively low-budget films. Which comes as surprise if you think about it today since superhero movies are given pretty big budgets. However, Batman Begins was relatively successful, which of course led to the huge hit of The Dark Knight.

Now with some experience and success, Nolan along with Warner Bros. tackled Inception, and there was hardly any disappointment in our opinion! 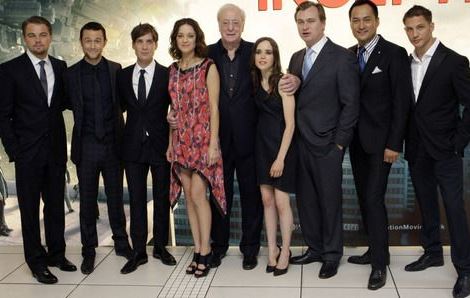 DiCaprio’s involvement as the lead role in this film was a good move for him as it felt like he hadn’t been in a big successful blockbuster film in a while. It obviously helped that Nolan pursued him for the role in the first place. Other casting considerations though went to Will Smith and Brad Pitt. However, I think most people in the audience were pleased with DiCaprio’s acting in this film. We think that he portrayed feeling guilty and shameful for his wife’s death very well.

Sticking with that idea of feeling shameful and guilty though, we don’t get to see the character of Cobb at his best. We can infer that Cobb has at least been in the past one of the best at hacking into others’ dreams, but don’t get to see Cobb really that great at the job in this film since his projection of his wife, Mal, interferes constantly (the exception is when he pulls off “Mr. Charles”). However, we do have to keep in mind that the difficulty of him moving on from his wife is part of his character arc. In the end, we finally do see him let go of that guilt and shame.

As Chris says in the podcast, “Mmmmm, JGL.” Yes, women seem to pine over him. He does prove himself well in this film, though. Supposedly, he did all of his stunts except one, which is impressive! This especially is true with the rotating hallway scene. The set makers actually built a hallway that spun, and this must’ve been difficult for the cameramen (who did a great job) and the actors like Joseph Gordon-Levitt. Luckily, James Franco’s schedule interfered with him taking on this role as Franco was the preferred actor.

Turning over to Arthur as a character himself though, we see him as Cobb’s partner. Is he really that great of a partner though? He vehemently says ‘no, inception cannot be done/shouldn’t be done’ when the team discusses it as opposed to supporting Cobb’s ability to be successful. However, this may have been part of Arthur’s character arc. Maybe he was more like the manager of the team; not in a leader-sense, but someone who keeps a level-head for the team.

In our opinion, Ellen Page is the one piece that didn’t work out so well for this film. While we don’t know who exactly, we felt that there could have been a different actress that would have fit the role better as the team’s architect. Maybe it’s just that we all have her performance from Juno stuck in our head.

Although, our pessimism may not be entirely Page’s fault as sometimes you need to turn to the character development themselves. We thought that she doesn’t have too many meaningful interactions with the rest of the characters except Cobb. However, it seemed like her character was just by Cobb’s side in order to dive deeper into Cobb’s character. Of course this is an important piece to the film, but it doesn’t help us to get Ariadne as much.

Unlike our previous cast and character analysis, Tom Hardy as Eames was an extremely positive aspect to this film. Hardy played his character with smooth swag and confidence. We think this role helped him be catapulted up in Hollywood with more recognition in regards to his talents.

Eames himself as a character was spectacular as well. He contributes to the team as the forger, or in other words, the identity thief. As a character who needs to act as someone else, Eames is quick on his feet, but also almost acts as a bit of the muscle of the team with minimal fear. One of our favorite lines from the whole movie comes from Eames as he exclaims, “You mustn’t be afraid to dream a little bigger darling.” We know as men that we are dreaming we could be as smooth as Hardy playing Eames in this film.

Nolan wanted to work with Ken Watanabe after working with him on Batman Begins. Overall, Watanabe does a decent job at playing Saito. This character is powerful as the head of a major corporation, so Watanabe had to sustain that characteristic throughout the film, which he does for the most part (except for getting shot of course).

We contemplated though that, man, Saito has to be extremely powerful! He can get Cobb out of his (false) murder charge in order to get him back in the U.S. All it took was a phone call apparently. Is he part of some secret and powerful organization? Is he part of the illuminati? I guess we’ll never know.

Marion Cotillard sort of has to play a villain in this film, but in essence she’s playing Mal from Cobb’s point of view and subconscious. We think her acting definitely portrays the character well. As a member of the audience, you can just sense the feeling of her danger and the feeling of uneasiness when Mal shows up to ruin the team’s plans.

We almost feel kind of sorry for this character. What happened to her is tragic. That’s some of the brilliance though in the writing, Cotillard’s portrayal, and the arc of the character. You feel bad for Mal, but at the same time she comes to throw malicious chaos into the mix. You’re making us have mixed feelings about you Mal, stop it! In any case and as we mentioned before, the audience has to remember that we don’t know the real Mal since what we see in most of the movie is what Cobb remembers and thinks about her, which is mostly downright sad and depressing, unfortunately.

We really thought the Inception totem was an interesting aspect of the film Nolan created. An object to let the character know if they were in the dream world or real world. We don’t go into this topic too much in the podcast, but it’s kind of interesting to think about and can apply to a lot of us we think. How many times do we daydream or wish this or that happened or had gone another way. We can’t change our past just like Cobb can’t change what happened to Mal.

So what happens with the totem at the end? Cobb spins it, and if it stays up he’s still dreaming and if it falls, he’s in the real world. Nolan with his creativity cuts to the black screen to end the movie before we can find out. Of course, many were upset over this and wanted to know. I think Nolan’s reasoning for doing that though was to turn it back onto the audience. What do you think happened? Make up your own ending people!

Of course, many know by now that Michael Caine ruined this puzzle. Anytime you see Caine in a scene, it’s the real world apparently. Of course, in the end, Caine with DiCaprio as they embrace the Cobb children. Despite the spoiler Caine handed the world, this is great imagery by Nolan as Cobb spins the top, but walks away before it falls to see his children, which indicates and symbolizes his success at moving on from Mal and finding happiness again.

We Want Answers And More Movies 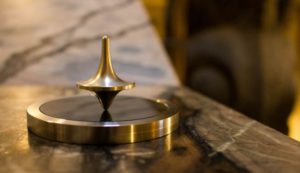 After discussing this film, we want a few more movies to come out in order to answer a few of our questions and curiosities.

First and foremost, we need to see Cobb when he’s good at his job. All of this distraction by Mal didn’t do the character’s supremacy justice. This could be before or after the film takes place, all we want to see is the supposedly great dream hacker that is Cobb.

Next up, we want a film where we see dream hacking invented. We get a few hints in Inception as to where it may have come from. Supposedly the military helped develop this technology, and Sean points out in the podcast that he noticed the blackboard behind Michael Caine’s character towards the beginning of the film and that there’s a bunch of content on that blackboard referring to dreams and dreaming. Could Michael Caine have helped develop dream hacking?

And these are only a few movies Chris and Sean discuss in the podcast that they want to see in order to create an Inception Universe, so make sure to listen to the whole podcast episode if you get a chance!

All of us here at Force Fed Sci-Fi think Inception was a phenomenon, instant Nolan classic, and one heck of a story that came with great visual effects.

We give this film a Would Own rating! (Not sure how we rate our films? Check out our rating system here).

Make sure to listen to the whole episode of the podcast for more on what Chris and Sean discussed about Inception – such as the film’s nominations and awards, a few more cast and character analyses, what other type of Nolan film we’d love to see, is shared dreaming really possible, and our Red-Shirt and Lens Flare of the film (not sure what those are? find out here!). Finally, subscribe to our podcast and social media outlets so you don’t miss a thing from us!

So what did you think of Inception? What would your totem be? What do you think of the ending and did Michael Caine ruin it for you? Leave your comments below!