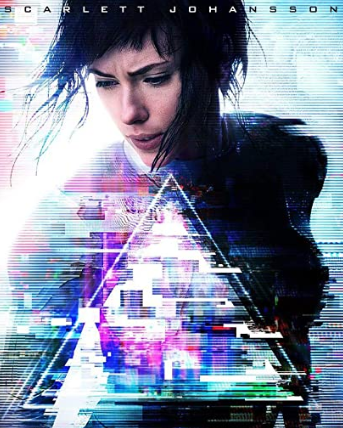 This time, we review the robotic crime thriller Ghost in the Shell movie (2017) and in today’s episode we explore if this version of Tokyo exists in an alternate reality, how much does this film borrow from Blade Runner, and did Ghost in the Shell really start the conversation of “whitewashing” in Hollywood? Let’s dig in….

Ghost in the Shell movie cast

Directed by Rupert Sanders: Prior to taking on Ghost in the Shell, Sanders was well-known for directing Snow White and the Huntsmen which was a darker take on the classic fairy tale starring Kristen Stewart and Chris Hemsworth. However, Sanders’ personal life would be thrown into disarray following leaked photos of him and fellow actress Kristen Stewart carrying on an illicit affair.

Scarlett Johansson as Major: Johansson was a well-established star at the time of this film having appeared in multiple films in the Marvel Cinematic Universe. Margot Robbie passed on this role in order to star as Harley Quinn in the DC Extended Universe and Johansson signed on for a cool $10 million payday. See our review on the film Her where we discussed Johansson as well.

Pilou Asbæk as Batou: Game of Thrones fans will recognize Asbæk after he appeared in the last several seasons of the show, but has mostly appeared in Danish cinema since he came on the scene beginning around 2009.

Juliette Binoche as Dr. Ouelet: Binoche has been an acclaimed actress for over 30 years and rose to international prominence following her Academy Award performance in the war epic The English Patient and then alongside Johnny Depp in Chocolat. There’s a noted lack of female diversity in the film and Binoche offers a sort of maternal care and identity to Major throughout the film.

Michael Carmen Pitt as Kuze: Fans of the show Boardwalk Empire will recognize Pitt following his performance as Jimmy on the show for which he earned numerous award nominations. However, there are times in the film that we forget he’s even in the film. There are long stretches where he is not seen and he isn’t a constant presence as he is initially feared to be.

Ghost in the Shell Manga: From the Page to the Screen

Ghost in the Shell is actually the English name for a Japanese manga and entertainment franchise that was originally known as Mobile Armored Riot Police. The manga series ran for a year and a half during 1989 to the near end of 1990.

The plot of the manga and the film remain mostly unchanged; an elite police squadron named Section 9 is tasked with hunting down and eliminating cyber criminals in a cyber-punk dystopian version of Japan in the near future. The top cop in this unit is Major Motoko Kusanagi was anglicized for the film to Mira Killian, but the original name was kept for the human whose brain is placed into the robotic shell.

The English version of the manga didn’t make its way to America until 1995 when Dark Horse Comics published a one volume translation of the manga with an anime adaptation premiering in the same year with a sequel that followed in 2004. Beginning in 2002, a television cartoon was developed consisting of two season and 26 episodes. Much of the imagery showcased in the films and the cartoon do make its way into the film due to Rupert Sanders being a self-proclaimed “mega fan” of the series.

In 2008, DreamWorks Pictures and Steven Spielberg acquired the rights to produce a live action film adaptation, but Spielberg would eventually drop out of the production enlisting other producers and filmmakers to eventually bring the manga to the big screen.

Margot Robbie was the first choice to play Major, but when she passed on the project, the role was offered to Johansson with the rest of the cast announced in 2016. The casting of Johansson to play Major caused controversy with critics of the film accusing the film of “whitewashing” the manga. There were even reports of Paramount Studios commissioning the use of CGI to make Johansson look more “Asian,” but their tests were short lived and obviously didn’t make it into the finished product.

Oddly enough, the controversy seemed to exist outside of Japan as many Japanese fans assumed that since it was a Hollywood film, a Hollywood actress would be cast to play Major. Even the director of the original anime films, Mamoru Oshii, praised Johannson’s performance in the film citing that since Major occupies a “shell” that there is no basis for an Asian actress to portray the character. However, it is revealed in the film that Major’s brain belongs to that of a deceased Japanese girl added fuel to this controversy.

Whitewashing is really nothing new in Hollywood (see our discussion on Disney whitewashing the MCU with our coverage of Ant-Man), but this was one of the first film’s that kicked off the conversation of changing the long held practice among the film studios.

Some recent examples include the recent Hellboy adaptation, English actor Ed Skrein was originally cast to play an Asian character, but left the project once he learned this and the role was subsequently recast with Daniel Dae Kim. In 2015, Academy Award nominated actress Rooney Mara received criticism for portraying Tiger Lily in the film Pan.

Coincidentally, both films were panned by critics and while it’s easy to write off those films as simply being poorly made, we can’t help but wonder if those casting decisions played a part in their low reception.

“Look for me in your ghost”

The primary technology showcased in the film and the entire premise of the film itself, is the idea of taking a human brain and placing it into a robotic body. While the technology sounds and looks revolutionary, it looks to be merely a pipe dream as we are still far away from this happening.

The fact that the film is said to take place simply in the “near future” allows the film to be vague with showcasing the technology seen. We hear cybernetic organs being briefly mentioned at the beginning of the film with one of Major’s fellow officers commenting they purchased a cyber liver so that “every night is last call”. Our podcast show host Chris agreed that he would go with a cyber liver while other show host Sean mentioned he’d want a cyber heart so he could potentially live forever.

Ghost in the Shell Box Office and Legacy

The film wasn’t able to outrun its casting controversies as it only grossed $170 million in the worldwide box office. This was against a sizeable budget of $110 million and was labeled a flop in the industry, but was it really a flop?

The thing to understand with film budgets is that the listed budget is usually only the production budget or how much it costs to make the film. It gives no mention to marketing and promoting the film and for an advertised action blockbuster like Ghost in the Shell, it’s likely the film’s final budget was somewhere in the neighborhood of $200 million and the film would have had to have grossed over that mark just to make up its initial investment.

We think it’s safe to say that we won’t be seeing a sequel for this film.

In addition, Rupert Sanders has found himself in director jail as he hasn’t directed a film since the release of Ghost in the Shell, but Scarlett Johansson continues to be a force in Hollywood having recently been nominated for two acting Oscars in the same year and will continue to be a part of the Marvel Cinematic Universe with the impending release of the standalone film based on her popular character, Black Widow.

As previously mentioned, we probably won’t be seeing a reboot for this film, but it was noted as being better than other attempts to adapt a manga or anime. However, there is a new series set to debut on Netflix soon so the series isn’t completely dead and with the ever changing world of technology, there probably won’t be a shortage of stories available for Major and Section 9.

On our unique scale for the podcast, our hosts differed slightly in their review with Sean rating the film as a WOULD NOT WATCH citing that while the visual effects in the film are great along with the world building, there isn’t enough action to buoy the film. Essentially, a flat story really puts the nail in the coffin for the film.

Chris called the film a WOULD WATCH citing the performance of Scarlett Johansson along with most of the supporting cast, but the themes of identity and morality go mostly unexplored. Also, the whitewashing aspects can’t be ignored when watching the film.

What did you think of Ghost in the Shell? Who do you think is the real villain? Would you want a cybernetic organ? Do you think this world is set in an alternate reality? Tune in to the episode for a new entry in This Week in Toxic Fandom as well as our choices of Lens Flares and Red Shirts.

As always, please listen, rate, and subscribe to the show in your favorite podcast feed and tune in next time when we review Gattaca directed by Andrew Niccol and starring Ethan Hawke, Jude Law and Uma Thurman!