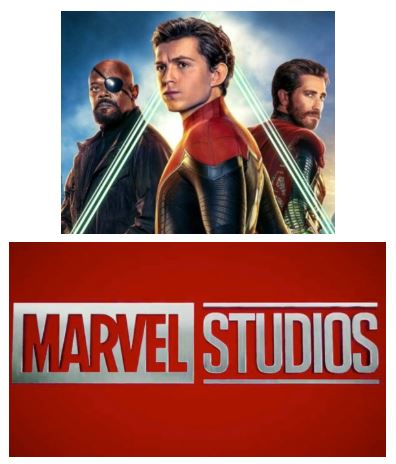 We here at Force Fed Sci-Fi wanted to do another bonus release on a few things Marvel and its Cinematic Universe by talking about Marvel movie box office totals and statistics, giving you a list of Marvel Studios movies in the MCU and a Marvel Cinematic Universe villains list … just as a review and for your information 🙂 , talking about the Spider-Man: Far From Home cast, our rating of the film, mid-credits scene, post-credits scene, and asking what does the future of Marvel movies after Endgame look like?

List of Marvel Studios Movies in the Marvel Cinematic Universe

Over 11 years now (and still more to come), the Marvel Cinematic Universe now includes 23 films as of the posting of this page. Simply listed they are:

Marvel Movie Box Office Totals and Stats for the MCU

Since 2008, the Marvel movie box office totals have consistently broken records and reached heights no other franchise ever has. In total, it has grossed over $22 billion. The next closest franchise to make the most money is the Star Wars franchise, but only coming in at $9 billion. Although, you do have to remember the majority of the Star Wars films came out prior to 2008, many of them several decades earlier, so with inflation the franchise probably gets pretty close to how much the MCU has made at the box office. Not considering inflation though, the MCU has 5 films in the top 10 of all-time grossing movies (as of the time of this post) and on average, each film has made $950 million. 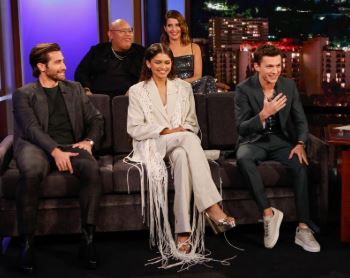 Tom Holland gives another great performance in this film. We really admire his talent and Sean appreciates how well his comedic timing is. In addition, the chemistry he has with Zendaya and Jacob Batalon as MJ and Ned, respectively, is great. The future of Spider-Man is definitely uncertain, but we’ll get to that in our section about the mid-credits scene below.

If you were fooled from the trailers that Jake Gyllenhaal didn’t end up being the villain in this film, then you are not a true Spider-Man fan (lol). Sean believes he did an excellent job with his portrayal, especially adding the part of him being a “mentor” to Parker at the beginning of the film. I know personally, I think he portrayed Mysterio with an average performance.

Far From Home flushes (as Sean likes to say) MJ’s character out more than in Homecoming, which was nice to get to know her character a bit more and on a deeper level. It is unique how they’ve created a completely new “MJ” character within a Spider-Man story line. We wonder what will happen with MJ as well from what happened as a result of the mid-credits scene, again we’ll discuss this more below.

As stated before, Jacob Batalon and Tom Holland have great chemistry in these films. We also feel that he does well with his comedic timing, which probably why he and Holland are so good on screen together. But poor Ned, getting tranquilized hard in this film, even though it was included in the trailer, I still laughed in the theater.

Marisa Tomei as Aunt May

Spider-Man: Far From Home rating is a “Would Watch” with a “Would Own” once this film comes out on our rating scale. The Marvel Cinematic Universe in association with Sony definitely delivers another quality movie. It’s a fun story line in our opinion. Luckily, we get a different type of villain in this film than in the first. Michael Keaton as Vulture was definitely a bit more darker and scarier in my opinion, where as Jake Gyllenhaal as Mysterio is more of a trickster.

So, the world is told and shown the identity of Spider-Man in this scene due to Quentin Beck / Mysterio’s video that seemed to have been released upon his death and defeat. What does this mean for the future of Spider-Man? I really don’t know, but Sean’s idea is that there may be a story line where the general public sees Spider-Man as a villain as opposed to a hero. Mysterio states in his video that he was killed by Spider-Man and at that point Mysterio was still seen as a hero according to the public. Who know for sure though? What are your theories? Watch the mid-credits scene below (not great quality and you can hear the audience).

So, apparently it really wasn’t Nick Fury and Maria Hill in the film the whole time? We guess it was Talos and his wife Soren, the Skrulls from Captain Marvel. They comically reveal themselves (apparently Talos believed Mysterio’s illusions of the Elementals), while talking with the real Fury, who appears to be in space on a Skrull ship. Now of course, we don’t know what he’s doing there, but we think the important takeaway here is simply the fact that he’s in space. The meaning of this? The Marvel Cinematic Universe is going a bit more cosmic and we’ll see more adventures in space. We’ll talk a bit more about that in the next paragraph.

Several future Marvel Movies after Endgame are rumored to be planned (minus Spider-Man: Far From Home which we already know obviously has been released). Here’s a future Marvel movies list that we’ve compiled according to the rumors: