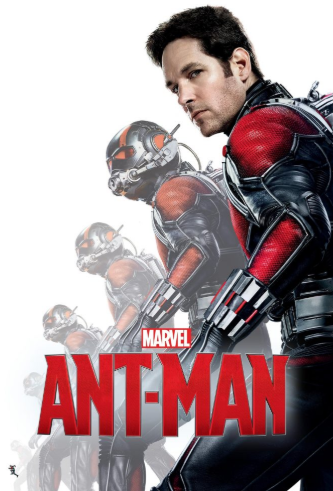 This time, we’re going back to the Marvel Cinematic Universe in reviewing 2015’s Ant-Man and along the way we question how Paul Rudd manages to look so young, is Ant-Man that integral to the MCU and can we really shrink like they do in the film? Let’s dig in….

From the Comics to the Cinema

You never would’ve thought it, but Ant-Man has one of the more interesting paths to the silver screen. There were rumors of a film in development going as far back as the 1980’s. Those plans were scrapped once Disney had released Honey, I Shrunk the Kids and then in 2000, radio shock jock Howard Stern had approached Marvel to try to purchase the film rights. For what reason remains unclear, but it could be Hollywood conjecture that no one has bothered to refute after 20 years. Then in 2003, Edgar Wright, fresh off the success of Shaun of the Dead, and his screenwriting partner Joe Cornish had written a treatment for the film, but Wright wasn’t officially announced as the director of the film until 2006.

The film then labored in development hell for almost 9 years due to script revisions and Wright taking on other projects like Hot Fuzz, Scott Pilgrim vs the World and The World’s End. Wright had leaked that Ant-Man was not a priority for them at the time as it was not considered for franchise potential. Granted, this is still in the infancy of the Marvel Cinematic Universe and the entire Infinity Saga had not been determined yet. Then in 2012, the project was advancing and Wright had even screened a test reel at that year’s San Diego Comic Con and Kevin Feige, the mastermind of Marvel Studios, announced that Ant-Man would be part of Phase Three of the MCU and had moved the release date to July 2015.

After this announcement is when things start to go downhill. There were numerous debates whether to shoot the film in England or the United States and casting had taken longer than anticipated with Paul Rudd being announced to play Scott Lang in January 2014 with most of the principal cast rounded out in April. Then in May, Wright dropped a bombshell by announcing he was leaving the project due to “creative differences”. Disney/Marvel has remained somewhat quiet as to whether Wright quit or was fired, but Wright has come out saying “I wanted to make a Marvel movie, but I don’t think they were ready to make an Edgar Wright movie” which may sound a bit egotistical. Wright had a great track record up until this point so maybe he could’ve bit the bullet, make a Marvel film and move on but we’ll never know.

For Marvel, the scramble was on to find a replacement for Wright and many directors were considered including Adam McKay, Ruben Fleischer and David Wain. McKay removed himself from consideration out of respect for Edgar Wright, but stayed on to work on the script with Paul Rudd. The producers then selected Peyton Reed to take over the director’s chair and moved the production from Georgia to San Francisco. There were aspirations to make the film more like a James Bond film. Hence, filming a cold open prologue centered on Hank Pym’s Ant-Man finishing a mission in an unknown country. We can even see stills from this open during Darren Cross’ pitch to investors on the Yellow Jacket technology.

Is Ant-Man Technology Possible? Can We Shrink Like This?

Obviously, the big technology shown in the film is the shrinking aspect of the Ant-Man suit made possible by the Pym Particle developed by Hank Pym. While it would be amazing to shrink matter in the way shown in the film, it is physically impossible. According to Erik Aver, an assistant Physics professor at Gonzaga University, “shrinking would either mean that our atoms would have to shrink or we would need to be made of less atoms”. However, atoms don’t shrink. The distance between the protons and the neutrons cannot be changed and even if it were possible to shrink all of the atoms in a person’s body, they would become so dense that they would begin to sink into the Earth.

The other possibility of removing atoms might work, but there’s a limit. According to Aver again “You can’t build a castle out of four Legos”. We may be able to shrink someone who is 6’2” down to 5’6”, but that would be the limit of this idea. There is also the issue of the biological systems of the person or animal that is being shrunk. Shrinking lungs for example affects the amount of oxygen your body can process and being small doesn’t mean you’d eat less food. If anything, you would need to boost your metabolic rate and would have to eat your weight in food on a daily basis. While it’s safe to say that the shrinking shown in Ant-Man looks great on screen, it’s merely a pipe dream for those who want to shrink in between atoms.

Since the acquisition of Marvel and of other properties and studios, they’ve been accused of ignoring or significantly changing major aspects of their characters. For instance, in the comics, Tony Stark is an alcoholic and continues to struggle with his addiction for years. There is even a now iconic cover of Iron Man with the title of “Demon in a Bottle” that has been cemented in comic book lore. This aspect of his character was later changed in Iron Man 3 to show Stark dealing with the effects of PTSD following the Battle of New York shown in The Avengers and his method of coping is to build countless Iron Man suits for various purposes. Ant-Man was no stranger to this whitewashing either.

In the comics, prolonged use of the Pym Particle causes major changes to the user’s brain chemistry and creates psychiatric issues. Hank Pym develops multiple personalities and creates suits and personas for each of these unique personalities. It’s why we see heroes like The Wasp, Goliath and even Giant-Man feature so prevalently in his storylines. He even cheats on his wife due to the effects of the Pym Particle. While these effects are briefly mentioned in the film, they are not deeply explored and could’ve provided some insight into the antagonistic relationship that exists between Darren Cross and Hank Pym.

Even Scott Lang’s character is sanitized for the film. Paul Rudd’s depiction of Lang shows him a reforming criminal who went to jail for industrial espionage and this differs greatly from Lang in the comics. Scott Lang is more of a hardened criminal who turned to crime when his normal didn’t provide enough excitement for him. He then became Ant-Man to help his sick daughter. So, while his intentions were solid, the way he came about them is a little gray. We understand that moviemaking is a business and while Disney is trying its best to appeal to the largest audience possible, maybe they need to rethink how some of their characters are being portrayed. It’s okay to have darker characters inhabit their stories and it’s important to show those characters struggle on their path to redemption.

On our unique scale for our podcast, Sean and Chris differed slightly in their opinions. Chris rated the film as a WOULD HOST A VIEWING PARTY citing the humor in the film as a tonic to the overall seriousness nature of the Marvel Cinematic Universe. Sean cited the film as a WOULD WATCH noting that it simply isn’t his style and tends to skew towards films with darker tones. Different strokes for different folks.

What did you think of Ant-Man? Should Evangeline Lilly have received a bigger part? Should Darren Cross have been portrayed as more of a villain than someone who is just crazy? Please tune in to the episode to find out our choices for Lens Flares and please rate and subscribe to the show. Tune in next time as we discuss the 2017 film, Ghost in the Shell!