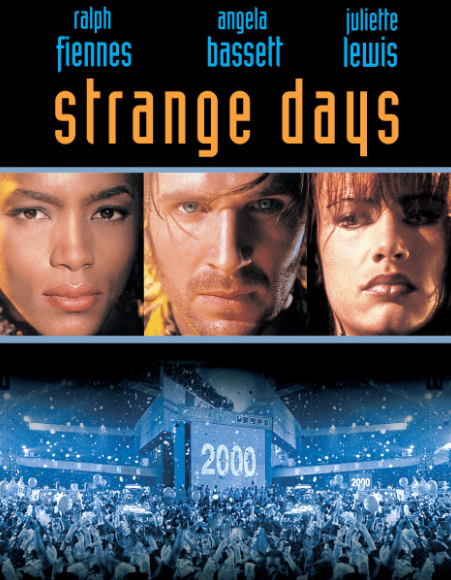 Taking place on December 30th and 31st of 1999, Lenny Nero, a former cop, is roped into investigating the death of one of his ex-girlfriend’s best friends, Iris. She witnesses a murder, attempts to give Lenny evidence of that murder, but is killed herself before she can even explain to Lenny what had happened. Now, the murderers are after Lenny and his friend Mace. They have to track down Iris’ proof of what she witnessed and her murderer, while at the same time being chased and finding a way to survive.

Why is this film considered sci-fi? 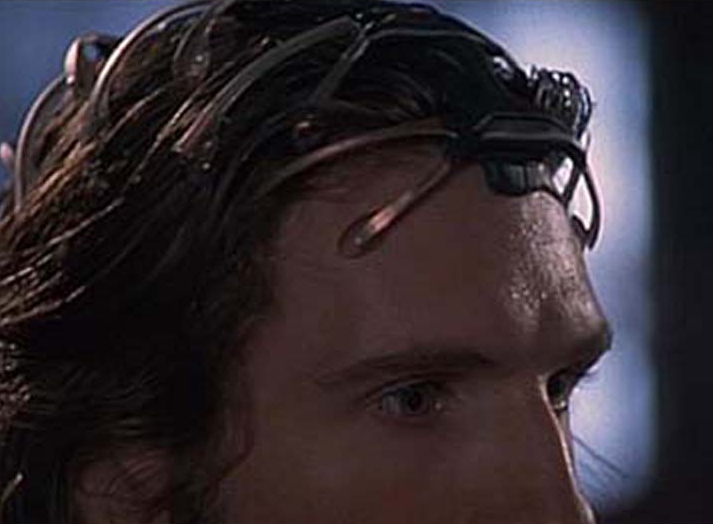 So, the synopsis doesn’t sound like sci-fi at all if you noticed. At the time of its release, Strange Days was set in the near future at the turn of the century. However, the film doesn’t have any futuristic feel to it even though it’s technically taking place 5 years ahead of the current time period.

The one aspect that makes this movie a sci-fi film though, is the “SQUID” technology that is used by the movie’s characters. This technology included a piece of equipment that attaches to the top of someone’s head, recorded their senses (sight, touch, etc.), and finally being able to use that attachment and recording to help someone experience someone else’s moment in life. The “SQUID tech” in the film had a very indie feel to it, as it looked like a hat made out of clothes hangers and wires that attach to a VCR. This tech when the film was released probably looked ahead of its time, but the look of it does not hold up 24 years later.

These “clips” that are seen in the film are actually a bit brutal involving rape, murder, and death. We only get to see one positive clip where a small character who seems to be an amputee of some sort, gets to experience what it’s like running on the beach, looking down at the legs, and having a woman running by smile at him. If this technology were real, we’d want to see more clips like this one as opposed to the rest of the depressing SQUID clips we see in the movie. 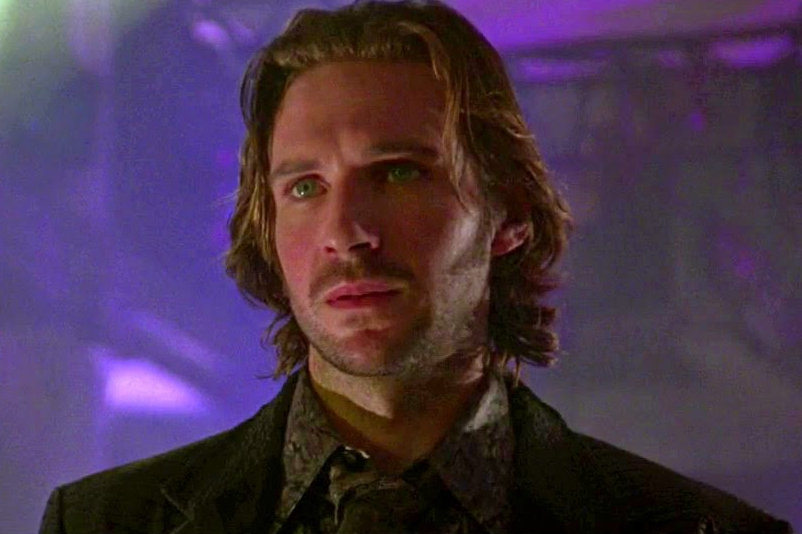 Fiennes was just coming off of his performance in the film Schindler’s List, which drove the director Kathryn Bigelow and the other filmmakers to choose him for the lead role in Strange Days. The other big name that was considered for the role was Andy Garcia. Ultimately, the role of Nero went to Fiennes.

Lenny is seen more as a “rough around the edges” type of character at first. After being a cop, he sells SQUID discs that contain memories for a means of income. His lifestyle is complicated as he can’t move on from his ex-girlfriend, tries to pawn off fake rolexes, and even showing signs of being addicted to jacking-in to his own personal SQUID memories. In the end though, we see the main character solve the story’s murder mystery and move on from his past.

While some may think Fiennes didn’t do such a great job with his part, we think he actually did really well and crushed this role, but the length of the film didn’t do him or the other actors any justice. The only odd acting the audience experiences from Fiennes is when he jacks-in and witnesses the rape/murder of Iris and the fack rape of his ex-girlfriend, Faith. In addition, some of the other reactions to the SQUID clips from other actors takes us out of the film for a moment, and is almost considered overacting in our eyes and possibly comedic. 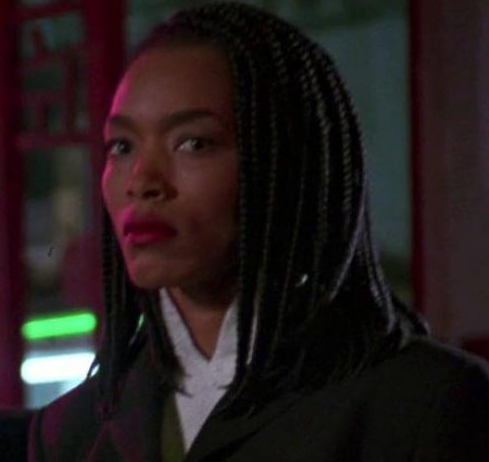 Angela Bassett as Mace was probably our favorite performance and character of this movie. Bassett’s performance is fantastic in our opinion as she plays a strong “muscle” character aside the main character of Lenny. We feel we get to know Bassett’s character the most too. The audience gets a glimpse into her past and family, her social commentary on police brutality / racial divisions (which still hold up to this day), and her feelings for Lenny. On top of that, we get to see her kick butt!

Faith’s character is Lenny’s ex-girlfriend in the film. Lenny attempts several times to win her back, but she rebuffs him constantly throughout the film even telling him “to get out of her life.” She is now in a relationship with the records label owner Philo Gant. She regularly performs at his club and has Max as a bodyguard. The big twist at the end reveals Max and Faith have been lovers for several months and were planning on framing Lenny for the murders Max commits.

Juliette Lewis is an actual musician and singer in real life and since 2004 has been performing with her band Juliette and the Licks. She was actually singing the songs in the movie, although the music is punk-esque and it seems like you are watching a punk-esque music video, which was somewhat comical to see. Nevertheless, the filmmakers were actually happy she sung her songs as they wanted to avoid lip-synching. 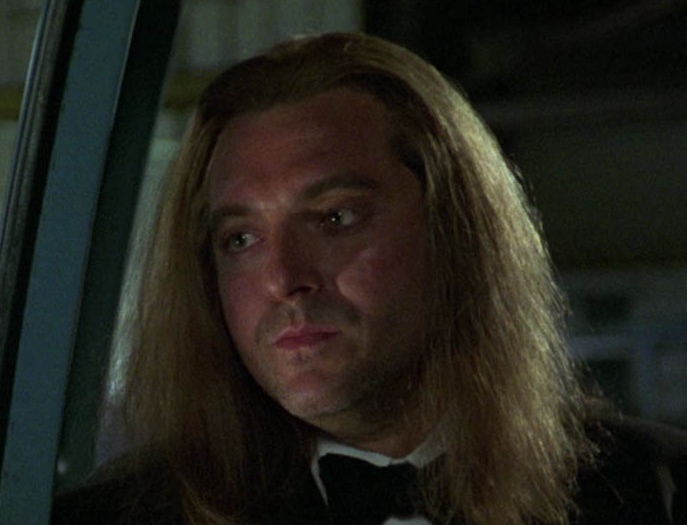 Sizemore has had his issues in his personal life, but we do appreciate his acting. He does a good job with his character in this film, as he does with many of his characters. However, we felt the reveal to him being the “villain” of the film and then defeated took place too quickly. In a movie that is two and a half hours long, this rush did not do the character justice (this of course was not Sizemore’s fault, but instead on the filmmakers).

Max is the big reveal at the end of the film as the antagonist (as we just mentioned). During the scene though, we also discover he’s been wearing the SQUID technology under his wig. In hindsight, that wig on Tom Sizemore was horrible looking. How could Faith want to be Max’s lover in the first place? Ha!

Wincott plays the role of Philo, the music record mogul that attempts to cover up the murder of Iris and Jeriko One (the musical artist murdered). In addition to Michael Wincott, the role of Philo Gant almost went to U2’s Bono. While we appreciated a decent performance by Wincott in Strange Days, we really couldn’t imagine Bono as an aggressive character. He would have had to slap Juliette Lewis’ character which is hard to envision putting Bono into that position. Maybe we’re wrong though? Who knows.

A very young Vincent D’Onfrio is included in a small role in Strange Days, who hunts Iris, Lenny and Mace in the film. Towards the end of the movie, his character kind of goes crazy trying to shoot and kill Angela Bassett’s character in the middle of a New Year’s Eve celebration in the streets causing many bystanders to be innocently shot. While he is a police officer that has gone to the extreme to cover up his mistakes, we think that in real life other police officers and maybe even other people in the crowd would have stopped him from being so trigger happy. His death at the end was cheesy, yet artistic at the same time.

So, William Fitchner was also included in our film we covered last week, Elysium. He typically doesn’t have any major roles. He just kind of pops up in movies and you say, “Hey, there’s William Fitchner again!” He plays the partner of D’Onfrio’s character and seems like a new officer who is following his partner’s lead. However, at the end he realizes the impact of the part he played in Jeriko One’s death and commits suicide as there is no way of escaping the damage he helped cause. 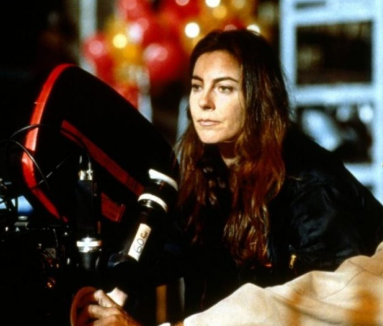 Strange Days was Kathryn Bigelow’s fifth film she directed teaming up with her ex-husband James Cameron to create it. However, the production for the movie was in development for nearly nine years before in 1992 the Los Angeles riots that followed the Rodney King verdict sparked her interest in finishing the film. Bigelow said that she was involved in the downtown cleanup and was moved by the experience.

James Cameron actually came up with the idea of this film in 1986. He finished the 90-page treatment and based it off some dialogue that Cameron and Bigelow had created at one point. He then gave the treatment to Jay Cocks who turned it into a script, with Cameron adding the finishing touches to some of the dialogue. While this was all completed by 1993, the final casting wasn’t completed until 1994.

Strange Days was part of a deal to make this film and the movie True Lies, which Cameron ended up directing. True Lies actually got most of the budgeting between the two films. Strange Days ended up with a budget of $42 million and True Lies received a budget of at least $100 million.

Strange Days, like we mentioned previously, had a budget of $42 million. Unfortunately, the film was a huge flop at the box office, only taking in about $8 million. Lots of money lost on the investment of this film, unfortunately.

Both Sean and Chris give Strange Days a “Would Watch” rating on our scale. On the downside, this movie has some disturbing clips which can be off-putting, some of the characters we would have liked to have gotten to know more than others, the plot can be difficult to follow, and the film could have been cut-down with its running time. The positives for this film are the performances given by the main cast members, while the plot is complex, the story is of good quality, and the point-of-view film shooting was not only done well, but unique for the time. So in the end, we may watch this film again in the future given the right timing and circumstances.

So what did you think of the film Strange Days? Did you have as much trouble finding a way to watch it as we did? How did you feel about the gruesome “SQUID” clips? Make sure to listen to the full podcast episode as Chris and Sean also talk about the terrible editing of one of the final scenes and find out who the red-shirt of the film is! Finally, subscribe so you don’t miss any of our episodes! Leave your thoughts and comments about the movie below!