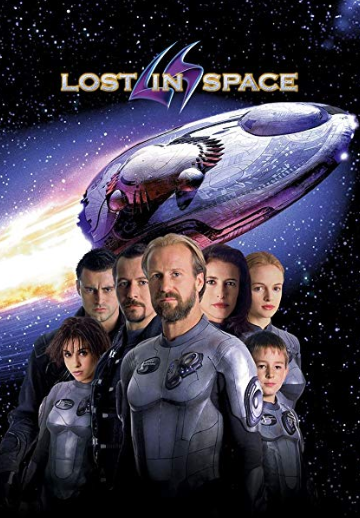 This week, we take a look at and talk about Lost In Space (1998 film). We’ll take a look at the Lost In Space movie cast, talk about the Lost In Space movie sequel that never happened, the despicable (and questionable) characters including Spider Smith, Matt LeBlanc not being a believable action hero, and the fact that this film sort of doesn’t even get the “lost” part right. Let’s blast off in search of Alpha Prime and then go into a time portal and forget why we’re on this journey….

Now heading into this film, Hurt had a pretty solid resume after appearing in Oscar nominated films such as Children of a Lesser God and Kiss of the Spider Woman which he did win Best Actor for the latter. However, it felt like he started phoning it in towards the end of the film and stopped trying to carry the cast but his character isn’t that likeable to begin with since he knowingly puts his family at risk and he’s ignoring them for the majority of the film.

In the late 90’s, LeBlanc was on one of the biggest shows in television history, Friends. It’s really hard to imagine him in this very serious and tough guy role. On our podcast episode, Chris commented that he expected LeBlanc to shout out a line from his show like “Joey doesn’t share food!” or something for more comedic effect than straightforward seriousness. It’s also important to mention that Sean Patrick Flanery was considered for this role, but was let go during rehearsals as it was thought he closely resembled William Hurt.

To say this film potentially derailed her rising star isn’t too far of a stretch. The year before, she starred in the cult hit Boogie Nights as Roller Girl and appeared in the mid 90’s comedy Swingers alongside Jon Favreau and Vince Vaughn. With this film underperforming and being poorly received, it’s more than likely that she lost some opportunities to star in bigger films. While she did continue to receive work through the early 2000’s, she wasn’t exactly prominent until she appeared in 2009’s The Hangover.

We all agreed that the awesomeness of Gary Oldman cannot be said enough, but this is one of his rare films that we’d rather forget. While he stars in a great film literally every year going back to 1991, we question his choice to star in this film. One of the most distracting elements on Lost in Space is the fact that Oldman speaks in overly poetic language and fully embraces his turn as the villain. This may have actually been a decent effort, but the effort of his acting may have been too much compared to his co-cast members.

This was quite an odd choice to turn Doctor Smith into the future Spider Smith. We’ll get into some of the terrible effects this film included in a bit, but this character definitely contributed to the awful visuals as the computerized sight of Spider Smith makes the audience say “What the…?” If it the purpose of turning this character into something more terrifying, it really wasn’t necessary. We understood that Doctor Smith was the villain with the usual dark villainous traits a protagonist carries.

Jared Harris as Older Will Robinson

This is just a small added note that Jared Harris appeared in the film. His voice was dubbed though in post-production. It sounds very odd if you know what Jared Harris’ voice sounds like. If they didn’t like his voice for the part, why did they cast him anyways?

From Television Show to the Silver Screen 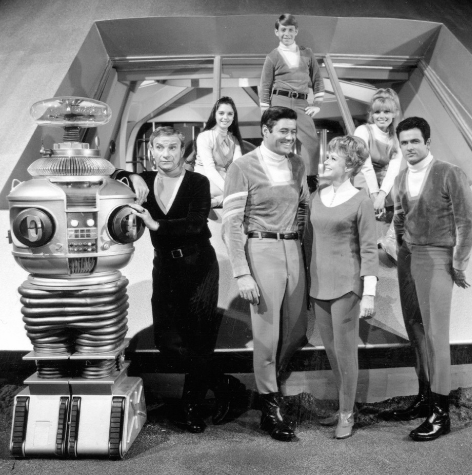 We didn’t discuss the original show in great detail during the podcast episode, but the show was on television from 1965 to 1968 and was clearly some sort of Star Trek rip-off, but was also incredibly expensive to produce. Each episode cost over $130,000 to produce in 1965 which translates to just over $1 million in 2019 so it’s no surprise that the show lasted only three seasons. Interestingly though, the show did provide us some early work from legendary film composer John Williams as he composed the opening and closing credits for the series. Finally, several actors from the original show did make cameo appearances in the film:

How Do You Fail at the “Lost” Part of Lost In Space?

We point out during the podcast episode, this is a good cast on paper and the film is actually enjoyable for the first 50 minutes or so, but then it all goes downhill from there. When Don West’s plan goes awry and the crew finds themselves in uncharted space, the film begins to go off the rails. They find an abandoned spacecraft and time logs dated from 30 years ago so there’s some sort of time phenomenon affecting everyone and everywhere with the exception of the Jupiter 2 spacecraft.

It is here where the crew investigates this ship and they are soon swarmed by space spiders. Don West begins to assemble some sort of military grade rifle and puts on a tactical suit and the film makes a hard left towards becoming a second rate action flick, but this all falls flat as we remember that Joey Tribbiani is shooting space spiders?

After this scene, the Jupiter 2 crash lands on a desolate planet and now the film becomes a race against the clock as time waves are beginning to take over the planet and it’s not exactly clear how or why these time waves occur and it seems very much like something A Sound of Thunder borrowed from and made a film out of this plot point.

The Science behind Habitable Planets

The purpose of the space trip for the characters in the film is because the Earth is dying and the need to inhabit another planet is needed. So let’s switch gears for a bit, take a break from analyzing a not-so-great film, and talk about the reality that there are other planets out there in space.

For years, NASA has devoted resources to seeking out potentially habitable planets either within or beyond our solar system since humanity is more than likely going to have to peace out from our little blue rock at some point in the future. There are several potentially habitable planets within reach, but the technology simply doesn’t exist to get any group of humans to research and with NASA also launching the Artemis program to begin taking astronauts to Mars, it is unlikely that NASA isn’t planning to devote a ton of its time or budget in seeking out these planets. We’d first have to develop Star Trek‘s depiction of warp drive or some other way to travel through space much much faster.

Why Did The Film Fail: The Lost In Space Movie Sequel We Never Got (thank goodness)

Besides the obvious answer that this simply wasn’t a good film, but a massive budget was sunk into this film with an $80 million budget in 1998, which was almost unheard of at the time. However, New Line Cinema, the production company behind Lost in Space, had a whole franchise mapped out following the release of the film. However, when the film failed to recoup its budget and was a critical flop, those plans were scrapped and those plans included:

While the film did gross over $130 million, it also came out during a time in Hollywood when a film called Titanic was dominating the box office week after week. On a fun side note, this was the film that actually knocked Titanic out of the top spot in the box office.

These plans for the Lost In Space movie sequels and a whole franchise seemed overly ambitious considering that executives had to have known about how bad this film was going to be and should have scaled back some of their grander plans. 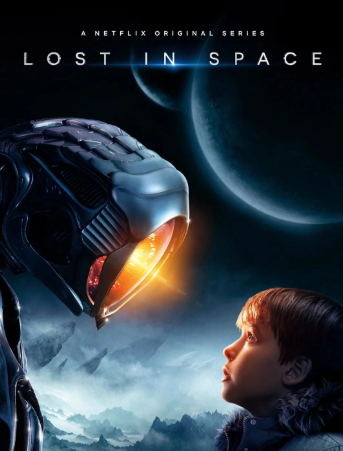 The Future of Lost in Space

There were plans as early as 2004 to reboot the television series and John Woo was hired to direct the pilot, but the show was not picked up by any major networks and the sets were actually sold and interestingly became part of the Battlestar Galactica television series reboot. However, in 2014, a new show was developed for Netflix and premiered in April of 2018 and was renewed for a second season shortly afterward. It is set to be released on December 24, 2019. So, the franchise isn’t dead, but lives on in another form (a much better form than the 1998 film).

We did not mince words in our podcast episode by calling this film a WOULD NOT WATCH on our unique scale, but Sean took it one step further by saying he would go on a crusade and destroy each copy he came across in order to save people the agony of watching it. There is not much about this film that is redeemable and the tone of the film is inexplicable given how the first part of the film is not half bad.

What did you think of Lost in Space? Did you agree with our review and rating? How did you feel about the special effects? Would you risk your family for the sake of space exploration and would you be okay with a middle aged man hitting on your daughter? Let us know your thoughts and please listen, rate and subscribe to the show!

2 thoughts on “Discussing Lost In Space (1998 Film): Movie Cast, Movie Sequel (That Never Had A Chance), Spider Smith (A Puzzling Choice), and more…”