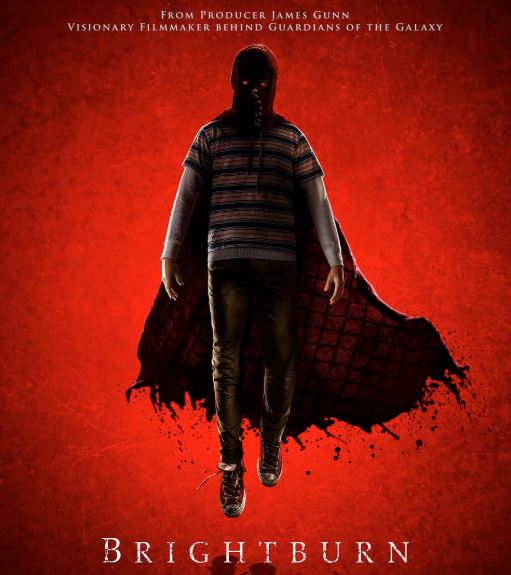 The Force Fed Sci-Fi team decided to check out the film Brightburn this past weekend in theaters and we wanted to share our thoughts! We’ll look at the Brightburn cast and characters, the Brightburn Superman comparison, give our Brightburn rating, and more! Since at the time of this posting, this film has just been released, we have to give a *Spoiler Warning* … so continue at your own risk! 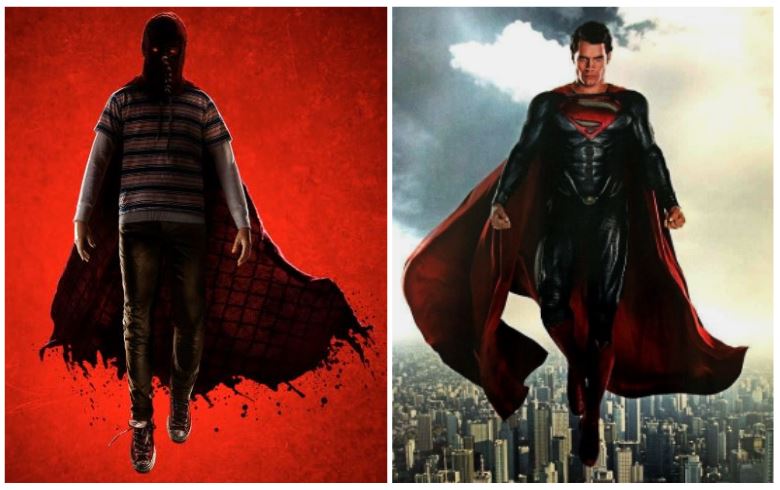 The marketing for Brightburn made it pretty clear what this film was going to be about – a pre-teen who develops his powers, but doesn’t turn out to be the usual hero and instead uses his powers to murder and terrorize.

This film though has a blatant Superman comparison. An alien space pod crash lands in the middle of the U.S., a boy develops powers that include super strength, flying, and laser/heat eye vision. Sound familiar? Well I suppose if you aren’t a comic book fan, you may not know, but this is exactly like the Superman origin story.

There are some obvious differences since
the main character turns out to use his super powers for
purposeful murder. Brandon (the main character) doesn’t
exactly have the smartest of parents either. While they are loving
and nurturing towards him, they make poor choices. If he
had Clark Kent’s parents, then maybe he would have turned
out as a hero (probably not though). We’ll get more into
Brandon’s parents in the next section.

Jackson Dunn as Brandon Breyer – Dunn hasn’t really done much in his career, which is to be expected as he is young. However, we surprisingly learned he made a brief appearance in Avengers: Endgame as the young Scott Lang as the team were (unsuccessfully) experimenting with time travel. That movie aside, Dunn does a decent job in this film. He delivers convincing performance as his character discovers his powers, but at a time in his life where he has not matured and does not deal with anger well (the people around him don’t exactly help his situation either.

Just for kicks (and because I love the movie) this is the clip that Jackson Dunn is briefly included in for the Avengers: Endgame film (he appears around 48 seconds):

Elizabeth Banks as Tori Breyer – Despite Banks’ character of Tori being a bit flawed as in being in complete denial about her child, she delivers a good performance as Brandon’s mother. As we identify in our podcast episode, Banks is actually a decent diverse actor. She can be cast in a comedic, horror, and even action-like role and does a decent job usually. In this film’s case, her character just completely denies the fact that her son is a killer and murderer (the pieces of the puzzle blatantly fit, which the father has no trouble identifying).

David Denman as Kyle Breyer – Denman as the father Kyle Breyer delivers a modest performance. The story more so focuses on Brandon and Tori most of the movie, and Kyle is including slightly. At least his character realizes early that his son has become dangerous as he is discovering his super power abilities. He’s not too smart though when he goes and tries to murder his son in the woods. Prior to trying to murder Brandon, Kyle even says out loud that his son has never been sick or has even gotten a cut. So you think trying to murder him with a rifle is going to work? As you may guess, right after his self and ill-advised decision, Brandon does not hesitate to use his laser-eyes to burn a huge hole through his father’s face. 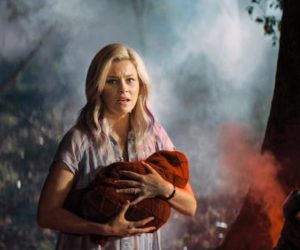 It’s pretty obvious if you’re paying attention enough to recognize the door being left open for a Brightburn sequel, and more likely a Brightburn Universe.

The first clue is when Banks’ character does a Google search for meteors that landed on the same night Brandon’s alien-pod crashed near their home. Surprise surprise! The search spits out the result of, we think 5 total meteors landing during the same time period.

The other clue is given towards the end of the film. Michael Rooker as an enthusiastic news caster tells the story of a witch-like girl choking others with ropes and a some sort of disturbance at sea where boats are attacked. Wow! This really sounds like Justice League, but reversed!

We at Force Fed Sci-Fi give this film a ‘Would Not Watch’ rating on our scale as a standalone film. We all agreed the film tried to include too many classifications – a third of a horror film, sci-fi/hero film, and a thriller/suspense film. We think it should have picked two of them and focused on one more than the other. We also recognized that the characters have flaws (not very smart, but then again, people aren’t that smart in horror films) and the script/characters’ lines are just mediocre. We did get some enjoyment when Brandon finally realizes his full potential and goes on a murder spree, it’s kind of a weird, but fun.

We do have a caveat to our rating though. One thing we didn’t like is a lack of a more detailed backstory. Our interest has been peaked and we want to know more about why Brandon and the possible others were sent to Earth with their mission to “Take The World” as Brandon was told in the alien language (transmitted to him from his alien pod). Will it be a universe just full of evil heroes? Will we eventually get a hero with good intentions? We’ll have to patiently wait to see how well Brightburn does at the box office!

Make sure to listen to the full podcast episode! Chris and Sean identify our Red Shirts of the film, our Lens Flare, discuss the fact that this film has plenty of horror film tropes, go a bit more in depth about some of the other characters included in the film, and more!

Have you seen Brightburn yet? What did you think? If you haven’t, are you planning on seeing it? Let us know your thoughts in the comments below!