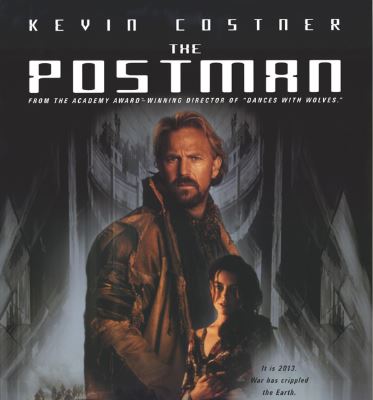 While falling flat on its face, Kevin Costner’s film The Postman is an exhausting movie to watch. This week, we’ll be discussing The Postman including Tom Petty’s cameo, analyzing the characters and cast of The Postman, and how The Postman final battle fails to deliver a lack of a climax. Stick around to learn about how ridiculously long this film is and other gripes we at Force Fed Sci-Fi identified and/or listen to the full episode on The Force Fed Sci-Fi Movie Podcast!

This film was based on a 1980’s novel with the same title written by David Brin, and we will touch on that in the next section, but essentially this film is a world that has gone post-apocalyptic. The year is 2013 and society has broken down with no infrastructure and no government. At least in one part of the United States, a militia known as the Holnists reigns the nearby settlements with fear. Then comes a con-man who transforms himself into a revolutionary hero to stand against the Holnist militia and give the nearby settlements hope, which eventually spreads across the country to help organized society evolve again.

Pre-Production and Surprising Facts You May Have Not Known

It is rumored that at one point, this film was intended to be directed by Ron Howard and Tom Hanks. We believe though that the story was going to have been changed quite a bit if the development involved these two Hollywood legends. Again, it is rumored that one of the original screenplays involved the moral message of the novel being reversed (which, David Brin did not take kindly to). Could this have been the direction the film was heading with Ron Howard and Tom Hanks? I guess we will never really know.

However, Kevin Costner ended up as director, producer, and star as the main character for this film. Apparently, David Brin was happy that Costner became involved with this film and that the screenplay changed to portraying people missing organized society if a post-apocalyptic world were to occur. While this may have worked somewhere on paper, we at Force Fed Sci-Fi believe Kevin Costner did not succeed at this, in part because, while the novel was dubbed as a science-fiction book, the film was far from being a sci-fi film.

The Postman Book vs Movie 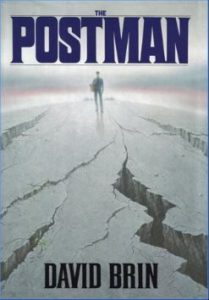 We think it’s important to at least briefly mention the differences of The Postman book vs The Postman movie. Which, if you aren’t familiar, the book was a highly acclaimed science-fiction novel when it came out in the 1980’s.

The Postman book, unlike the film, actually had science-fiction elements in it! There are reasons given to the reader as to why a post-apocalyptic world has presented itself and occurred. The novel explains that the fall-out of civilization was the result of several electromagnetic pulses and bio-weapons which led to the destruction of major cities. In addition, there is an encounter of what appeared to be a sentient artificial intelligence in the novel!

Unfortunately, we get none of this in the film. It seemed like Kevin Costner wanted to take all of the sci-fi elements the book contained out and wanted to turn The Postman movie into a western-like film. While Kevin Costner is decent at starring, producing, and directing western films, trying to turn a sci-fi film into a western with The Postman failed terribly. It seemed to us that he really tried and forced his efforts to successfully do this.

His films Open Range, Dances With Wolves, and even his recent western-esque Netflix film The Highwaymen (the two former Texas Rangers that hunted down Bonnie and Clyde in the 1930’s) were good-to-great films! But again, trying to put a western twist on a story that was originally dubbed as a sci-fi book, was a recipe for disaster.

Analyzing The Characters and Cast of The Postman

Kevin Costner played the title character of The Postman. Unfortunately, right here our sci-fi analysis had a bit of a gripe as we are given no other name for this character throughout the film. At least the novel gave this character a name (Gordon Krantz).

Furthermore, while Kevin Costner can act as we have seen in other quality films he has appeared in, he did a poor job portraying this character. This character performs and cites Shakespeare throughout the film (and in the novel), but we are sorry K.C. – your narration of Shakespeare was horrendous. It was read with a flat affect, little to no inflection, and paced terribly.

As Chris mentions in our podcast episode, Costner can be a great actor. Even in the film Man of Steel, which he isn’t even in all that much, his performance brings out such great emotional connection with audiences. However, and as mentioned previously, his portrayal of the main character in this film failed. 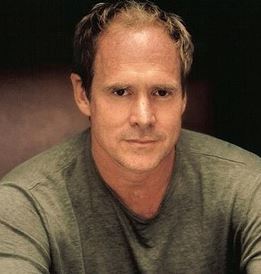 Will Patton portrays General Bethlehem for this movie. We actually think Patton did a decent job considering what he had to work with. He really has the ability to act as a protagonist and antagonist in our opinion. He’s been in some outstanding films like Remember the Titans and Armageddon.

Again though, we just don’t think what he was given to work with did him justice in this film. The direction he had to follow probably was not of great quality and, in addition, some of the lines his character was forced to say did not fit well. This is especially evident in the climatic scene, which we will get to shortly.

Tom Petty makes a cameo appearance as the mayor of Bridgecity in this film. We at Force Fed Sci-Fi kind of all had different opinions on Petty’s character. Sean and I enjoyed his brief and somewhat comical appearance, especially the joke something along the lines of “Hey, I know you, you’re famous” as Costner’s character points out, and Petty’s character replies something along the of, “Yes, I used to be.” This is somewhat funny in a sense.

However, Chris points out in the podcast that Petty’s cameo and appearance seemed a bit unnecessary. While on IMDB it is mentioned that Petty stated he eventually wanted to be in a futuristic movie someday and that’s why his appearance was included in The Postman, Chris thinks that maybe Petty was cast in a minor and brief role because Costner liked Petty and his music. In reality though, we really don’t know if that is true.

We are going to be upfront with you right away, but The Postman final battle is atrocious!

Essentially, Costner’s character and Patton’s character bring their respective militia’s in what looks like is going to be an epic-like battle. I’m not sure how the book addresses the final conflict, but the film portrays the two leaders fighting each other and not an all-inclusive group battle. Regardless, the film needed the two militias to battle each other and not just the two leaders. Then maybe some of the characters would have died and an emotional connection would have been made with the audience, albeit a sad emotional connection.

Alright, so let’s pretend that maybe they didn’t have it in the budget to stage a group battle for the film. The fight we get between Costner and Patton’s characters is terrible! We see a few punches thrown, but then it seemed like we got a few minutes of them just rolling on top of each other! Was there hesitancy to bring a few stunt-doubles or choreographer for this scene? And Sean in our podcast episode points out the lame line Patton is given while on-top of Costner while choking him saying “I’m Better Than You!” Couldn’t think of better and deeper-meaning writing in that moment I guess.

This final battle is anti-climatic unfortunately, and only brought down the quality of the film even more (if there ever was any type of quality). 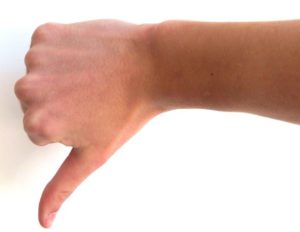 Now usually we have a 4-tiered rating system here at FFSF. In this case, we sort of had to create a unique rating for this film. We hate to say as there is talent Kevin Costner brings to the big-screen in other movies, but for The Postman we have given a rating of Would Erase From Memory.

This movie is 3-hours long and is 1.5 hours longer than it should be. As Sean points out in our podcast episode, it takes 49 minutes for Costner to become the title character (it shouldn’t have taken more than 30-35 minutes to do this, and even this we are thinking may be a bit too long). In addition, we think taking out the sci-fi elements and attempting to turn the movie into a post-apocalyptic western hurt this film’s ability to do well. Finally, the pacing of the film and the performance Costner gave the audience was sub-par. Taking all of this into consideration and more is what led us to detest this movie.

Make sure to check out the full Force Fed Sci-Fi Movie Podcast episode for more content! Sean and Chris discuss other cast and character analysis and portrayals as well as the awards this film achieved (hint: they aren’t awards films aim to win).

Did you enjoy this film The Postman? What are your thoughts on Kevin Costner taking control of this film as director, producer, and star of the title character? How would you live and survive in a post-apocalyptic world The Postman portrays? And would you be willing to see this film re-made with the missing sci-fi elements? Leave your thoughts and comments below!

1 thought on “Decimating The Film The Postman: Tom Petty Cameo, Cast Of The Postman, The Postman Final Battle, And More…”