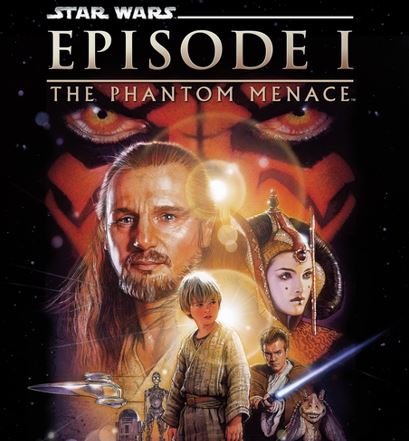 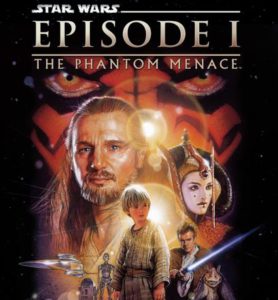 Join us as we begin our journey to a galaxy
far, far away and visit Star Wars The Phantom Menace, exploring
and debating the questionable choices George Lucas made
as the writer and director of the first prequel film. We’ll talk
about The Phantom Menace characters and cast a bit, how
The Phantom Menace ending takes the audience on an emotional
rollercoaster, and as always give our Force Fed Sci-Fi rating. 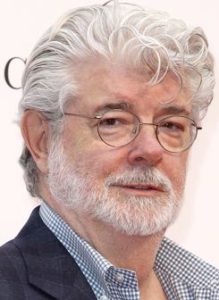 While George Lucas wrote and directed Star Wars Episode IV A New Hope and it turned out relatively decent, he came back and decided to write and direct the first of the prequel films. Simply enough, he did not create a good film.

He had not directed for quite some time and decided to put his hand on all aspects of the film. Is that such a smart way to do things? We think it would have been better if there was a bit more teamwork involved with the creation of this film and actually considering others’ opinions and/or getting second opinions.

Other Directors Were Asked, But Why Didn’t They Take on The Phantom Menace?

There were actually a few great directors out there that George Lucas went to in order to ask if they would be willing to direct The Phantom Menace. One of those being long-time collaborator of Lucas, Steven Spielberg. The other two that were approached included Ron Howard and Robert Zemeckis. All of them supposedly told Lucas he should direct it. In addition, it did seem the others had other projects on hand. If they did tell Lucas to direct it himself, we wonder if they regret their decision. Would this film had turned out better in the end if somebody else directed it? 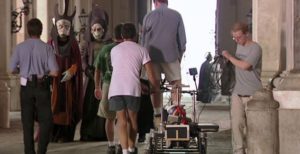 One bright spot to note as far as pre-production and production topics go, is the fact that there were some on-location scenes filmed. The Tunisian Desert was used for Tatooine as it was previously in the Star Wars franchise, along with a palace in Italy serving as the Naboo Palace, and finally the forest scenes being filmed at a Cassiobury Park in England.

On the other hand, this film was the beginning of the excess use of CGI in the Star Wars prequel films. While the other two seemed to have a lot more CGI than the first, The Phantom Menace still overuses this type of technology.

The Phantom Menace Characters and Casting 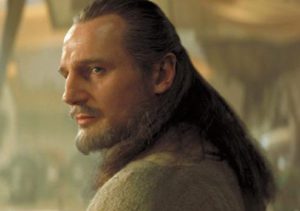 Liam Neeson as Qui-Gon Jinn. Liam Neeson and his character were one of the brighter spots in this film we thought. We come to care about him and plays out the role pretty well. However, in regards to the character itself (which isn’t Neeson’s fault), we think that as the leader in most of the film he doesn’t make the wisest of choices. Qui-Gon just believes Watto that he’s the only one in town that owns the part their ship needs. In addition, he takes a huge risk betting the Naboo ship in favor of Anakin winning the pod-race.

Despite Qui-Gon’s faults, we unfortunately come to care about the character who ends up losing his life at the end. We shouldn’t be surprised though, as this is a common theme in all of the first films in each set of the Star Wars trilogies. 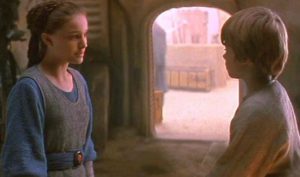 Natalie Portman as Queen Padme Amidala. We thought Natalie Portman did a mediocre job with her character considering the dialogue she was given and the dialogue/characters around her. The first scene between Anakin and Padme is ridiculously awkward, but we felt she did try her best to make the most of it and salvage that scene.

Jake Lloyd as Anakin Skywalker. Now Chris and Sean don’t touch on Jake Lloyd as Anakin in this week’s podcast episode that much. However, I myself have an extremely hard time trying to appreciate and like his acting and character. As we stated before, that first scene of Padme and Anakin is awkward.

How cheesy is it that his first words to her are “Are you and Angel?” and later we get “My name is Anakin and I’m a person!” We think these written lines were atrocious and I really did not believe the performance of Lloyd, it was almost like it was forced. I suppose you need to give some leniency to a young boy actor, but I’ve seen kid-acting of others that went so much better than in this film. 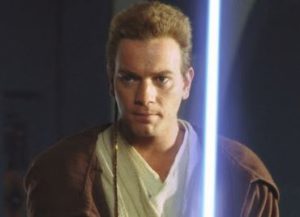 Ewan McGregor as Obi-Wan Kenobi. It’s hard to judge this character and Ewan McGregor‘s performance in this film. There’s not much of him. This makes sense though as he is still a student of Qui-Gon and he isn’t focused on much in this film. With that being said, we are indifferent with McGregor’s small performance; it was neither terrible nor outstanding. Sean, one of our hosts, was happy that McGregor was cast as Obi-Wan especially for the later prequel movies.

Let’s just say right away that the choices made in regards to editing the ending were more than questionable. The climax to the film is so choppy. The audience knows that the multiple stories will converge at some point, but we felt the cutting from each story back and forth so often was a bit confusing. From the Jedi and Sith fight, to the queen and her entourage storming the throne room, and Anakin blindly and accidentally destroying the Trade Federation ship, we hop around too much and too fast that at times its difficult to follow. 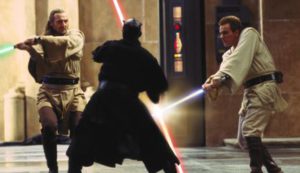 Finally, as if we weren’t confused and made to go back forth enough, the closing of the film takes us on a wild emotional ride. The audience is worried that Yoda hesitantly agrees to Obi-Wan training Anakin and sad that Qui-Gon has passed, but there’s a bit of hope as Obi-Wan tells Anakin he will be trained. However, we are brought down to being worried as Yoda and Windu speak of the sith threat emerging, but brought right back up as the celebration on Naboo takes place. I suppose its nice the film ends with a happy scene, but in the past few minutes, the emotional rollercoaster seems to be a rough ride for the audience. 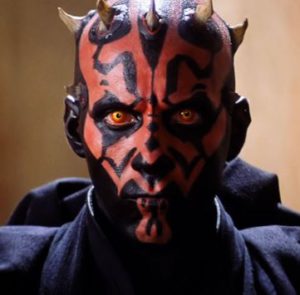 Unfortunately, Star Wars The Phantom Menace does not deliver a pleasing Star Wars adventure as we were used to with the original trilogy. Lucas’ writing is cheesy and corny and which causes the actors to do their best to deliver sub-par dialogue. In addition the editing is choppy throughout most of the film and causes the pacing of the film to proceed at an awkward pace. This leaves us with the question, “if George Lucas had proper writing, editing, and pacing, could this film have been better? Unfortunately, we will never know. In the end, we at Force Fed Sci-Fi give this film a Would Not Watch on our rating scale. While our hosts Chris and Sean disagree, I will still watch it if I am ever in the mood to watch the trilogies from start to end, in order to the whole story. However, I would never come home and say, let’s put on Star Wars The Phantom Menace just for kicks.

So what’s your opinion of Episode I of the prequels? Are you among the ones who think Lucas did at lease deliver an acceptable film? Or are you someone who asks the question that if someone else directing this film would have changed the final product? Let us know in the comments section below!

Finally, if you want to know more about our thoughts on this film, including
the character of Jar Jar Binks, why the remaking of a few of the sets occurred
and caused an increase in costs, and which film beat out every category
The Phantom Menace was nominated for at the Golden Globes, make sure to
listen to the full episode!