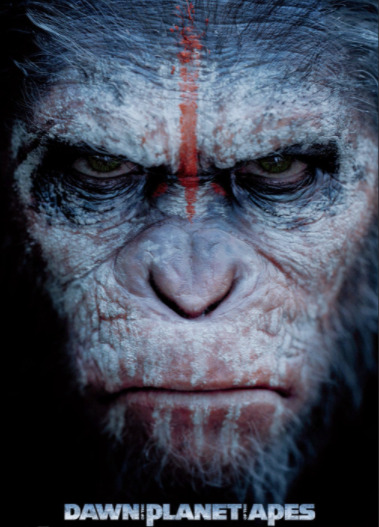 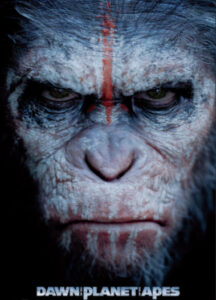 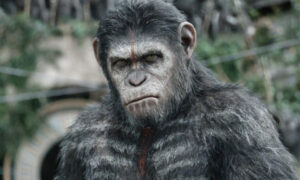 Throughout the course of Dawn, the pandemic that wiped out humanity is routinely referred to as the “Simian Flu” much to exasperation of characters like Malcolm and Ellie who had apparently worked at the CDC during the outbreak and had firsthand knowledge of the origins of the virus. There’s a brief prologue at the opening of the film that tracks the path of the virus of how it devastated humanity and left the remaining survivors in tatters.

The COVID-19 pandemic hasn’t quite reached the same levels of destruction as the “Simian Flu” did in this film, there are some obvious parallels to draw from that deduction. There were several degrading nicknames that were conceived during the summer of 2020 at the height of the COVID-19 pandemic that directly influenced a rise in hate crimes directed toward Asian Americans. The nicknames come from a place of misunderstanding and fear and it’s a mood that permeates Dawn of the Planet of the Apes.

Who is the Real Villain? 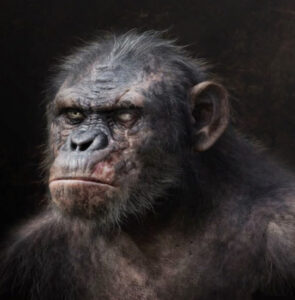 Sean and Chris had a healthy debate as to who the actual villain of the film really is. While the low hanging fruit would be Koba as he attempts to assassinate Caesar and kill the humans in San Francisco, an argument could be made for either Carver or Dreyfus as villains.

Without Carver, the events of the film don’t really kick off as he’s the one who shoots Ash at the beginning of the film and brings Malcolm’s group into contact with Caesar. Carver then escalates an already tense situation when he pulls a weapon on Caesar’s infant son even after Malcolm had promised his group wouldn’t carry weapons. Carver does eventually get killed by Koba but as Sean pointed, Carver didn’t exactly have to be killed in order for Koba to carry out his insurrection.

While Dreyfus is left out of the majority of the film, he does work his group into a frenzy and manages to become a villain with his final act of attempting to blow up the building that Koba’s group have set up a base in. By detonating those explosives, Dreyfus kills more members of his group than he does of the apes in spite of his motivations to save the human race.

Dawn of the Planet of the Apes was a critical and financial success as it managed to outperform its predecessor while raking in a total box office of $710 million. That was good enough to be the eighth highest grossing film of 2014 and currently holds a 90% rating on Rotten Tomatoes.

The film was once again nominated for the Academy Award for Best Visual Effects but lost the award to Interstellar. It was also nominated for several Saturn Awards including Best Science Fiction and Best Supporting Actor but didn’t manage to win any award it was nominated for at those awards.

With our unique scale for the podcast, both Sean and Chris were once again in agreement with their rating calling the film a WOULD OWN. Both praised the darker tone of the film, the great visual effects, production design and performances of Clarke, Serkis and Kebbell, they did agree that the film does not have the same entertaining quality as Rise of the Planet of the Apes had. Still an entertaining film, Dawn is simply a different experience.