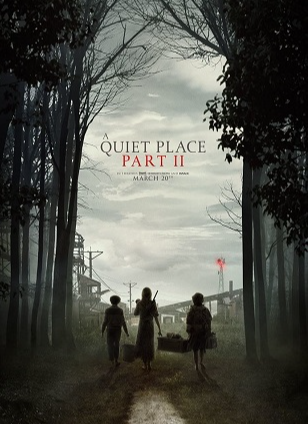 This time, we’re taking a look at the highly anticipated sequel, A Quiet Place Part II, and along the way we ask, did Emmett and Regan rip off The Last of Us, how did Marcus become so selfish and what is next for the Abbott family? Let’s dive in…

Please be advised that these notes will contain spoilers for A Quiet Place Part II. If you wish for your experience to be spoiler free, please pause here, check out the film and return! 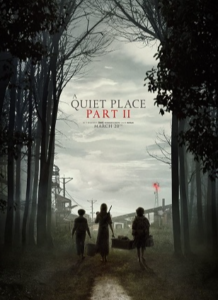 The Journey to Make A Quiet Place Part II

Following the unexpected success of the first film in the series, Paramount immediately greenlit a sequel while Krasinski originally viewed the film as a one off without the need for a sequel. The original writers, Scott Beck and Bryan Woods, did not return to the sequel and sought to do other projects. Krasinski himself was hesitant to return but was offered both to write and direct the sequel after the studio enjoyed his pitch.

While the budget for the first film was a meager $20 million, a sizeable commitment was made to the sequel as the budget was increased to $61 million which allowed for the production to expand beyond the scope of the farm and woods setting in the original film. A giant soundstage was constructed for the film as well as on location shooting in western New York State.

What is the Theme? 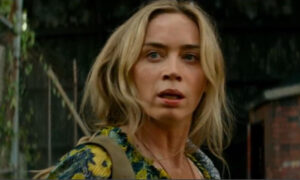 As Sean and Chris remarked in their episode on A Quiet Place, they were amazed with how quickly the film’s theme became politicized across both aisles of the political spectrum and that doesn’t seem to be the case with its sequel. Building upon the themes of family from the first film, A Quiet Place Part II seems to focus on the idea of loss this time around. Every character in the film has lost something profound and Emmett in particular personifies this theme.

After first meeting his character after he has seemingly agreed to shelter the Abbott family, we find out that his wife and young sons have died. Whether they died due to illness or were killed by the creatures is left to speculation but this has caused him to retreat within himself and initially wants to avoid searching for Regan when she goes missing until Evelyn appeals to his fatherly duties in finding her.

While loss is prevalent throughout the film and this section could be filled with a breakdown with each character’s loss, A Quiet Place Part II explores what it means to be able to move beyond the loss and how we evolve past our grief.

Loss is a universal human experience as everyone has felt the loss of a loved one either unexpectedly or over time or even the loss of a job, a beloved pet or a home that has profoundly changed who you are or how you experience and process emotions. What’s more important is how we can all learn and grow from the loss into the people we wish to be.

Where does A Quiet Place Go from Here?

While Krasinski was initially hesitant to return to direct this film, he has envisioned the series becoming more of an anthology series with each film telling a different story set within the same world with different directors taking helm each time. Another film in the series is set to premiere in March 2023, written and directed by Jeff Nichols who has previously directed films like Mud and Loving. However, this film is rumored to be a spin-off from the main story and Krasinski is also rumored to have an idea for a third film in the main series but given how hesitant he was to direct this film, it’s likely he may move on in pursuit of other projects.

Using our unique scale for the podcast, both Sean and Chris were in agreement in rating A Quiet Place Part II a WOULD HOST A VIEWING PARTY. Both agreed that nails the rules of a sequel (introduce new characters, answer questions from the first film and expand the world), ups the tension thanks to the impeccable score from Marco Beltrami, features great performances particularly from Cillian Murphy and features some of the best world building that would rival any James Cameron film.

What did you think of A Quiet Place Part II? What was your favorite scene? Did Regan’s and Emmett’s journey remind you of The Last of Us video game? Listen to the full episode for our picks of Red Shirts and Lens Flares as well as a special rant from Chris regarding behavior as people are beginning to return to the movie theaters.